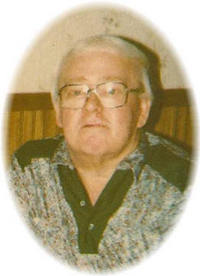 Earl E. Kelly, 77, of Great Falls, MT passed away Saturday, February 19, 2011 at Missouri River Manor due to complications of diabetes.

Earl was born December 9, 1933 in Miles City, MT to Archie and Audrey (Vowel) Kelly. He grew up in Miles City and graduated from Sacred Heart Catholic High School in 1951; attended Miles Community College and graduated in 1953 with an Associate of Arts Degree. He was an engineer for the Montana Highway Department in Miles City and at one time was president of the Employees Union. After working for the State of Montana for 18 years, Earl bought The Texas Club and renamed it Kellys Gaslite which was located on Main Street in Miles City. He later sold the Kellys Gaslite and bought the Range Riders Bar. Earl was a past president and member of the Tavern Association and was also a member of the Eagles Lodge in Miles City.

In 1974 Earl married Barbara Wallace in Las Vegas and also became step-father to her 3 children; Diana, Allen, & Melody. Earl & Barbara were married 22 years before her passing in 1996. Due to ill health Earl retired from the bar business and moved to Great Falls, MT. Earl resided at the Park Manor (Downtowner) where he met Mary Benson. Earl & Mary were partners in life until the day he passed away.

Earl, also known as Kelly to most folks, was an avid reader (books on tape) and a very committed sports enthusiast. He kept up with all Montana sporting events, including his favorite team the Miles City Cowboys. He had various newspapers read to him (Great Falls, Missoula, Helena, Billings & Miles City) keeping him up to date on news and happenings. He found comfort in music, especially jazz.

We will miss you, brother, dad, uncle, friend. Although you were blind here on earth you will see all of us clearly from heaven. We love you!