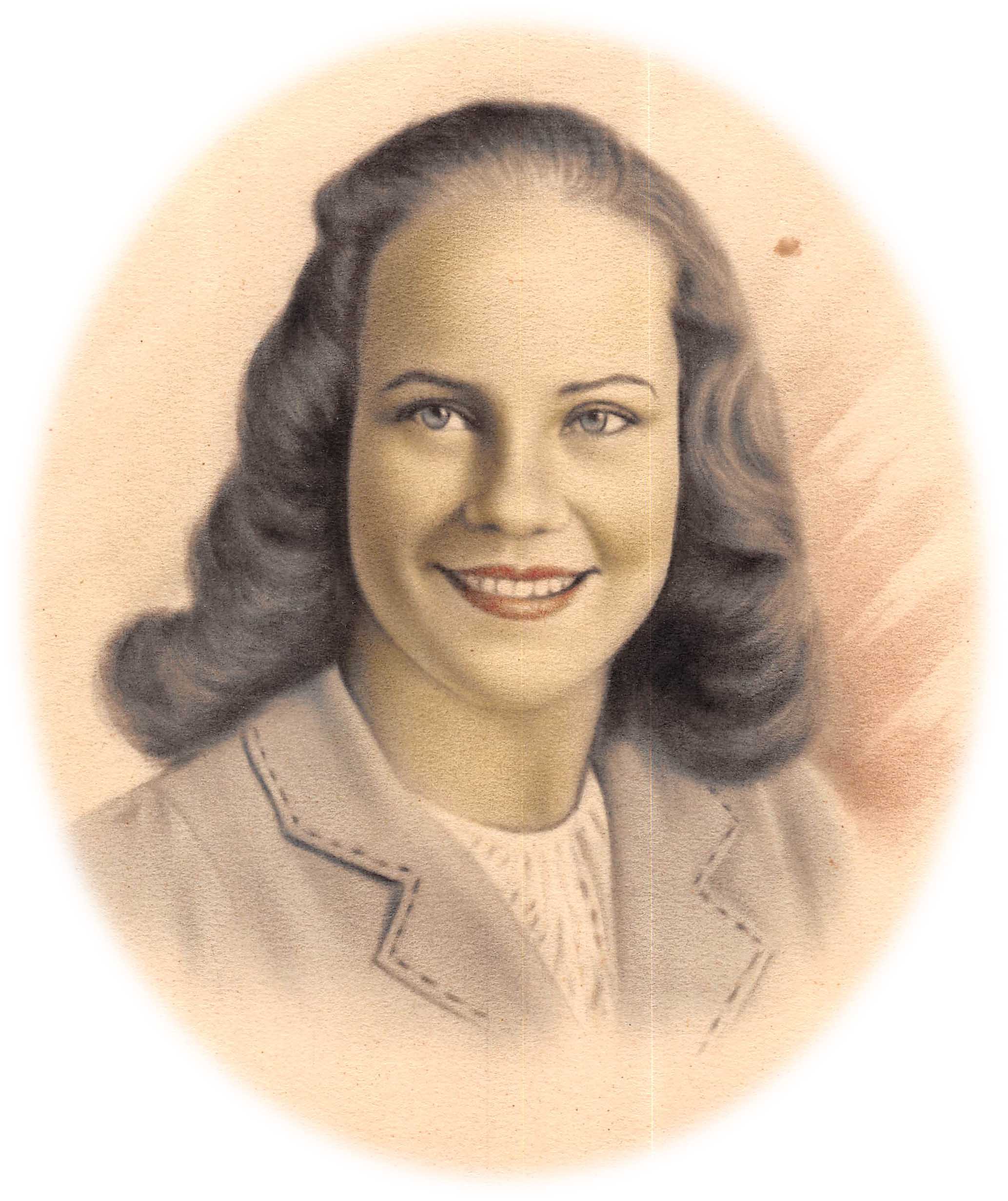 Oteka Anita (Ward) Clark passed away peacefully on June 9, 2022 at the Holy Rosary Residential Living where she had resided since January 2021. She had fought a long hard battle with dementia for several years.

Oteka Anita Ward was born on November 26, 1932 in New Hampton, Missouri, the youngest and only daughter of James Alfie and Mary Juanita (Bentz) Ward. She joined her 3 older brothers, Athel Clair, George Ellsworth and Wilbur Worth. Being the only girl and the baby, she was the light of the family’s life.

At the young age of 7, Oteka lost her daddy to heart failure and at the tender age of 13 her beloved mother passed away of unknown causes, possibly cancer. After her parents passed away, she went to live with her aunt and uncle. While still in high school, Oteka left her home in New Hampton, Missouri and moved to the wild west town of Butte, MT to live with her older brother, George. She attended Butte High School and was a member of the Butte Bulldogs Girls Basketball Team. She graduated from BHS in the spring of 1950. While living in Butte, her best friend, Darlene Clark, introduced Oteka to her handsome brother, Richard Ivan who was on leave from the US Navy. On September 15, 1951, Richard and Oteka were united in marriage. They later divorced. While still newlyweds, Richard and Oteka moved to San Diego, CA while Richard was on active duty in the Navy. They moved from San Diego to New Hampton after Richard was honorably discharged from the Service. To this union 4 children were born. Linda Kay was born in Bethany, MO. In 1953 the family of 3 moved to Greybull, WY where Richard went to work as a truck driver and Oteka took care of their home and child. While living in Greybull 3 more children were born, Randy Lee, Debora Ann and Robbie Dean.

In 1951 Oteka was baptized as one of Jehovah’s Witnesses and she was faithful to her death. She loved her God, Jehovah, with all her heart and did her best to raise her 4 children according to her faith. She worked hard and saved every extra penny she could and was able to take the 4 kids to a large Convention in Vancouver, British Columbia in July of 1969. What an adventure that was. She sleeps peacefully now, free from the ravages of dementia but when Jesus calls she will answer and “come out of her memorial tomb”. (John 5:28, 29)

In 1975 Richard came back into her life and in the summer of 1976 they moved to Billings, MT where they remarried on August 23, 1976. They lived there until Richard’s death. In June of 1990 Oteka moved to Miles City to be with Debora and the kids. She lived in Miles City until she passed away.

Oteka was preceded in death by her husband, Richard Ivan, daughter Linda Kay, parents, James and Mary Ward, brothers Athel Clair, Wilbur Worth, George Ellsworth, grandchildren: Dale McCray and Shane Clark. Her survivors include Randy Lee Clark of Billings, MT, Debora Ann Hunking of Miles City, MT and Robbie Dean Clark (Theresa) of Billings, MT. She is also survived by 8 grandchildren, 15 great grandchildren, 3 great great grandchildren and numerous cousins, nieces and nephews. Please be assured she loved each and every one of you with her whole heart.

Services will be held at 2:00 p.m. on July 9, 2022 at the Kingdom Hall of Jehovah’s Witness, 101 N. Strevell in Miles City and also a Zoom link will be provided for those who wish to attend virtually.