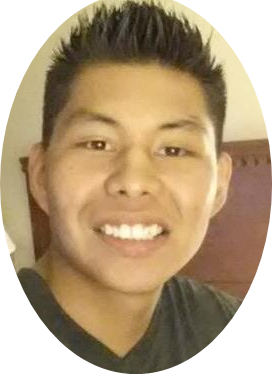 Dasher was born on Sunday, September 5, 1994 at 04:48 am in Crow, Montana. Dasher lived in Montana during his younger years. He was always a goofy kid, protective, inverted, daring, extremely competitive, and undaunted. He had a Rottweiler named Spawn who he absolutely adored. He loved playing outdoors and would always have a smile on his face.

Dasher then moved to Utah where he attended West Jordan High School. He was such a silly individual. He was always making jokes and playing around but knew there was a time and place for everything. Heck! Sometimes he even had his siblings in headlocks as they all played around. He was so loved & still is, he was that brother that was so protective over his siblings. Dasher was very family oriented and fitness & health was particularly important to him, he would work out and always run (he was dedicated). Dasher wanted to join the Marine Corps, so he started the process during his senior year.

Dasher loved structure and was well disciplined. He was very honorable and did not hesitate when someone needed help. Dasher was a laid-back man, very soulful & passionate – you could catch him vibing to R&B. Dasher was a true gamer; he loved Halo. Wyatt would ask “Can I have my turn?” and of course, we could guess the answer. Haha! Yet, he was very generous at the same time. Dasher’s best friend said “His daily attitude made you happy, he was rarely showing stress even though he had hard times. He was strong as hell, and never let anything get him down. He had a way about him that made things less stressful. He did a lot of dumb things, that I laugh and joke about and will for the rest of my life. I lived with him for about a year. And the bad days were far and few between the good. The best thing I can say is that the mark he left is that he is with me forever. You do not meet genuinely kind real people like him every day. He would do anything for you in a heartbeat without any questions asked or with stipulation. He would be laughing at me when I cried about losing him, laughing because I was sad when I should not be. He would say look at all you got not what you do not. One thing I thought I would have forever was him. I wanted his friendship forever. He was a best friend to everyone. He was just that cool. He liked video games and talking trash. But at the end of the day, he worked hard and played harder.” – Jarin Poirier (Best friend)

At 18 years old he made the decision to better himself & serve his country. He attended the Marine Corps boot camp at MCRD in San Diego, California. Wyatt & Shamiekwa surprised Dasher upon his graduation, his face said it all when they came running up to him. He was later stationed in Okinawa, Japan. He would always call late in the night and early in the morning. Wyatt would always ask Dasher “buy me Jordans? You’re in the military, you’re rich!” Dasher would always reply “I got bills to pay” Even though he lived a remarkably busy life in the military, he always made time to call siblings & family.

Although, Dasher was in Montana visiting family & friends. He planned on going back to Utah to continue working. He just turned 26 years old and was full of life! Dasher was always optimistic, he enjoyed living in the moment and relaxing. He was the kind of man to stop and enjoy the scenery. He had the best manners and was the kindest man. When he loved, he loved. He was passionate, daring, competitive, humble, funny, and loved his guns. He made his family & friends very proud. He always shared the most daring and funniest memes on Facebook. He always had everyone laughing!

“When you fall, it’s always okay to get back up” – Dasher Whitedirt.
Dasher is survived by his parent’s Francine Collins(Garland Manley) & Randy Felix Whitedirt SR, K