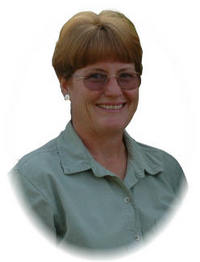 Rita Haughian Morford, age 56, of Miles City passed away on Friday, January 11, 2008, after a courageous battle with cancer, at her home surrounded by her family.

Rita was born on April 21, 1951, in Miles City, Montana, the daughter of Leo and Anna May (Ziebarth)Haughian. She attended elementary school at Saugus, Kinsey and Terry, Montana. She attended Terry High School and graduated from Sacred Heart High School in Miles City in May of 1969. Following her schooling, she attended Montana State University at Bozeman from September of 1969 to June of 1973, graduating with a degree in Physical Education. Rita married John Morford on April 21, 1979 in Miles City. Rita worked for United Parcel Service from July of 1976 to January of 2007.
Rita loved her flowers and garden, horses, reading and especially enjoyed spending time with her family and enjoyed following Chris and Kelly in their sports. Rita was a member of the Sacred Heart Catholic Church, Eagles, CCQHA, National Honor Society, 4-H, Wrestling Booster Club, MCYBA, Teamsters Union, and was the 1969 Montana High School Rodeo All Around Champion and was a four time National Qualifier.

She was preceded in death by her father, Leo Haughian and a mother-in-law, Jackie Brown.

Should friends desire, memorials may be made to: Rita Morford Memorial Scholarship Fund. Contributions may be sent to: First Interstate Bank, 1115 Main Street, Miles City, MT 59301.