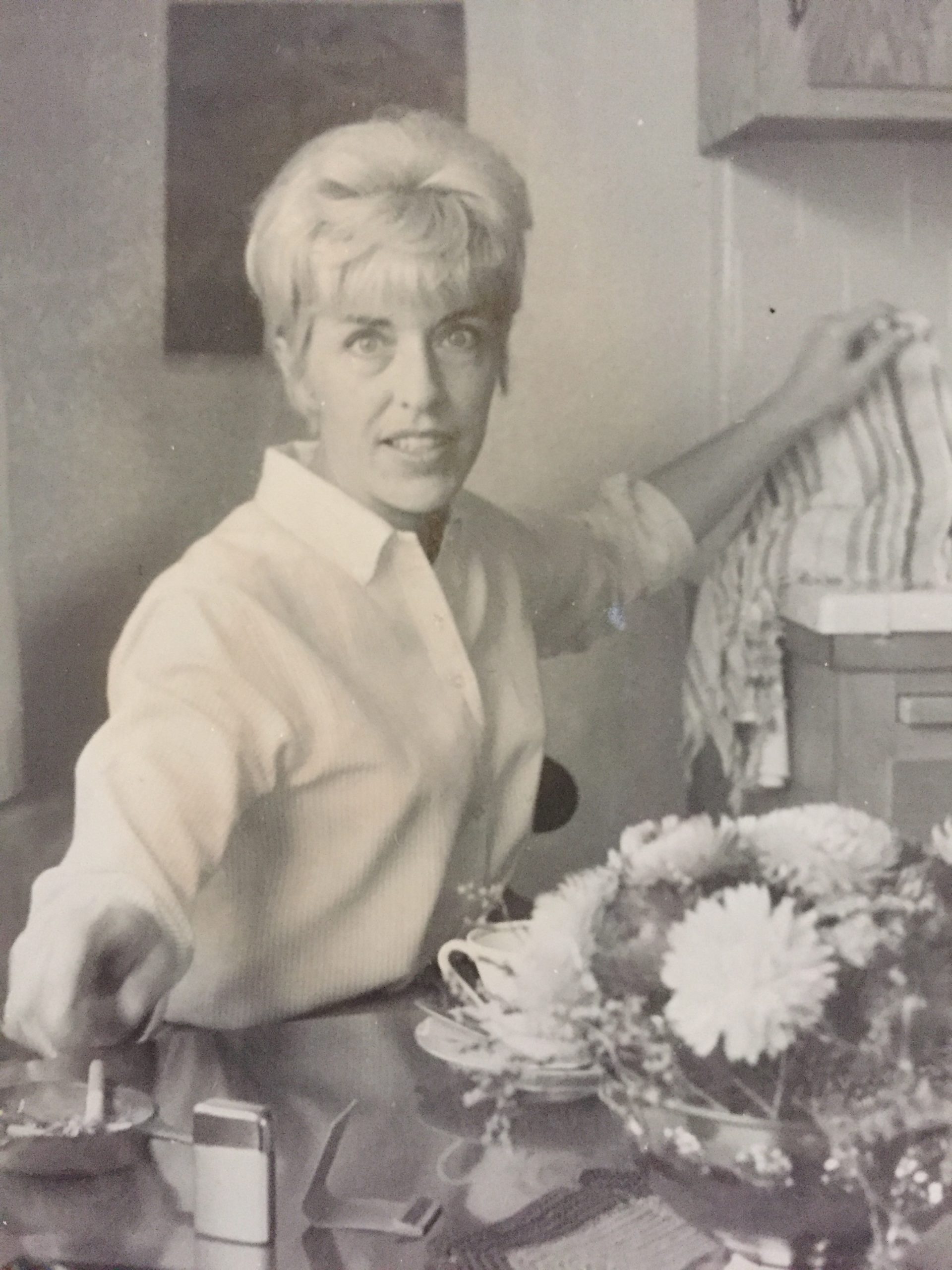 In January, Alta Mae Jeanette Hellyer Baugh, was born at Dilo, near Jordan, Montana to Charles Floyd Hellyer and Alta Lavita Lemons Hellyer. She is the 5th of 9 children.

The family lived and farmed in the Dilo area until Alta was about 2 when her grandmother, Evalina Fankboner Lemons, died. They then moved to California to be with Alta Lavita’s father, George Washington Lemons, where they stayed for approximately 1 year before returning to the farmstead. It was later that year, following the birth of her 6th child that Alta’s mother died.

As was common for the times, Alta and her siblings lived with many generous families after her mother’s passing. Though they were rarely all together over the years, they remained close. During her high-school years, Alta lived with her sister Shirley in Jordan, MT. While Alta attended school, Shirley worked at the café.

It was in Jordan, Montana that Alta and her husband, Robert (Bob) Baugh first met. One night when Bob was walking home from the bar, he saw a lady through the window at the Garfield County Hospital. Thinking it was someone he knew, he knocked on the window to be let in. Instead of a familiar face, he saw Alta… his future wife. She was working as a CNA with Dr. Farrand at the time. Bob said, “Alta was the most beautiful girl I had ever seen, she had the prettiest blond hair”. Alta’s response to that was, “Bob was very forward and a true Texan.” Bob and Alta were married March 10, 1954 in Sabinal, Texas, at the First Baptist Church.

In December of 1953, Bob was drafted into the Army out of Garfield County. Through the next 20 years, Alta and Bob moved around the country (Maryland, California, New York and Texas multiple times) and to Panama, Puerto Rico and Germany for Bob’s military assignments. It was while they were in Germany that they adopted three-month-old Patrick.

After Bob’s retirement from the army in 1974, the Baughs returned to Montana, first to the Bitterroot Valley and then to Jordan in 1976. After Patrick graduated from Garfield County High School in 1981, the family moved to Texas, where Patrick went to the University of Texas in Austin. Alta and Bob returned to Jordan in 1997.

Alta moved at least 18 times in the sixty-three years she and Bob were married. With each move, new friends, adventures, and experiences added to the treasure trove of stories that they would tell over the years. Of course new, diverse and well-loved recipes were also collected. Alta shared these, the memories that came with them and her joy of cooking with all her family and friends.

Alta was known to be a patient, faithful wife and mother who at times worked out of the home to help support her family. She was a wonderful cook, painter and gardener and took pride in being left handed. Alta made many friends during life time and brought joy to those who knew her. Most who knew her also knew that she loved any type of chocolate and enjoyed all flowers.

Alta completed her Earthly journey Monday, October 26, 2020 in Jordan, Montana. Her grandparents, parents and 4 siblings preceded her in death. She is survived by her son Robert Patrick Baugh (Michael DeSantis) and her twin grandsons Alexander Robert and Nicholas Peter, her brothers Charles, Johnny, Roy and David as well as by her nieces and nephews and many cousins.

Due to the current public health crisis, a private family interment will be held November 3rd at the Pioneer Cemetery in Jordan, Mt. A memorial service will be held at the VFW Hall in Jordan in 2021 once the public health crisis has passed. Stevenson & Sons Funeral Home of Jordan is in charge of the arrangements. Condolences may be sent to the family by visiting: www.stevensonandsons.com.   Memorials in honor of Alta Baugh, may be sent to the Garfield County Foundation or the Garfield County Health Center.