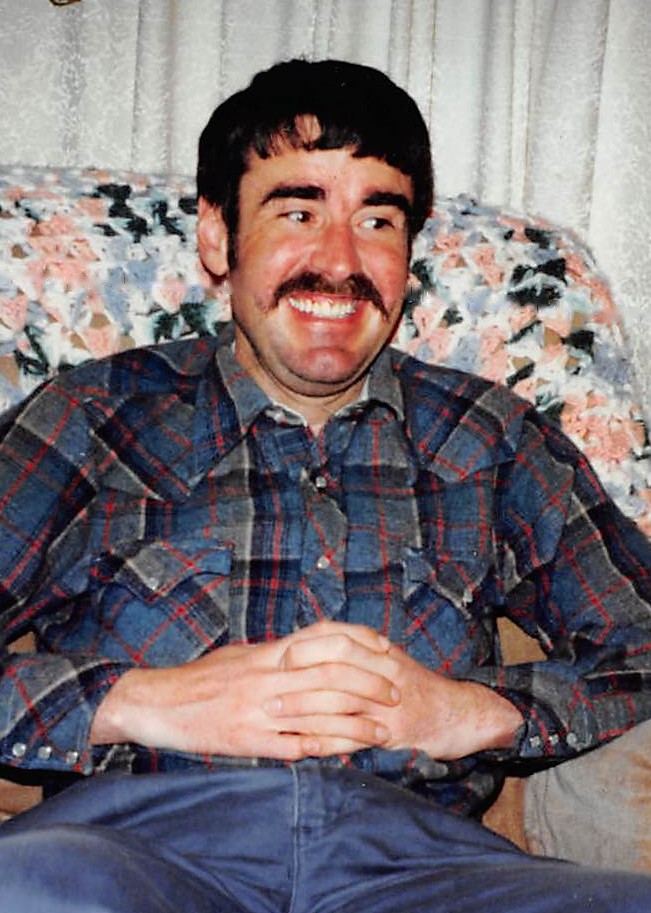 On the night of December 11, 2019 Andy passed away suddenly in his room at Clark Street Inn in Miles City. He was 59 years old.

Andy was born in Bozeman, MT on September 22, 1960 to Marguerite and Dean Loomis.  He attended grade school at Van Norman and at Sacred Heart in Miles City. Andy graduated from Custer County High School.

He worked as a client at EMI where he did the sanding and staining on many of their woodworking projects.  He also performed at the Special Olympics, competing in track events and basketball.  Andy also worked full time at the Buttery’s Grocery Store as a carryout.  He was well liked and customers often requested his services.

It was while he worked at Buttery’s that he earned the nickname “Smilen’ Andy”.  He enjoyed the work and liked everyone he met there.  And the smile never left his face.

The most important things in Andy’s life were family, friends, fishing, and food.  He always remembered everyone’s birthday and made sure that the family tradition of birthday dinners at Airport Inn was kept.  He was especially happy to share September’s birthday dinner with Brother Billy.

Andy had a ridiculous number of friends because he never forgot anyone he ever met; and everyone he met was considered a friend.  Any public outing with Andy took extra time.  He couldn’t walk through a store without stopping to say hi to 10 or 12 friends.

Andy spent every day that he could at his favorite fishing holes, usually with his friend Rod Price.  Rod liked to cook, and Andy liked to eat so at least once each summer they would host a barbeque to share their catch with friends and family.

Andy’s idea of a perfect day would be to have friends stopping to visit while he is fishing at a family picnic.

Andy was preceded in death by his father, Dean Loomis, his stepfather, Gerald Bickel, and his sister Claire Voth.

In lieu of flowers, donations can be made in Andy’s name to Walleye’s Unlimited or Special Olympics.  Interment will be at a later date.