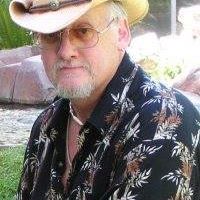 Anthony Joseph Kilyanek of Colstrip, Montana, passed away on Monday, February 13, 2017 at the age of 71.  Born on June 12, 1945, to Anthony Paul and Lucille (Cosgrove) Kilyanek of Duryea, Pennsylvania, Tony was the first of their five children.

The Kilyaneks relocated to Garden City, Michigan when Tony was quite young.  He relished his role as a big brother and naturally assumed a strong sense of responsibility for his young siblings after the death of his mother.  Tony carried those strong feelings of love and responsibility for them until the end.

In 1967, Tony married Karen Newman.  The young couple settled into their life in Livonia, Michigan, and soon welcomed their daughter Brooke who was a constant source of pride for Tony throughout his life.  Meanwhile, he continued his education, earning his BA in 1968 and his MA in 1970 from Eastern Michigan University in Ypsilanti, Michigan. For many years, Tony taught Science and Chemistry in the Wayne Memorial, Ecorse, and Westland school districts in Michigan.

In 1996, Tony left his life in Michigan and began a new chapter in Lame Deer, Montana. There, Tony taught Physics, Chemistry, and Earth Science at Lame Deer High School on the Northern Cheyenne Reservation.  In 1999, Tony married Alison Legg.  In 2001, they settled in nearby Colstrip and welcomed their daughter Michaela.

Tony was widely respected by his students who affectionately called him “Mr. K.”  Students appreciated his love for science and his sense of humor that lifted every lesson above the ordinary.  In 2003, Tony’s heart was broken when his declining health forced him to give up his life as a teacher.

Tony found solace in his new role:  stay-at-home dad.  Michaela was his pride and joy and he loved and excelled at this new adventure.  He and young Micki would spend their days taking nature walks and, ultimately, becoming inseparable.  One of Micki’s special memories of her dad is of the day they saved a turtle’s life.  They found a turtle in the gas station parking lot.  They carefully loaded him into the truck, drove him to Castle Rock Lake, released him into the water, and watched him safely swim away.

Although pain and illness eventually ravaged Tony’s body, he never lost his sense of humor.   He touched many lives during his time on this earth.  Tony will be remembered fondly as a husband, a father, a brother, a friend, and an educator.

Tony was preceded in death by his parents and brothers, Steven and Paul.

As per Tony’s wishes, he will be cremated and no services will be performed.