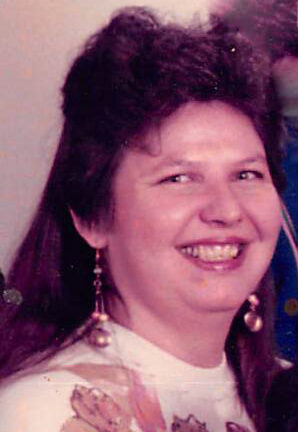 April Patricia (Bates) Merwin left us to be with her personal Lord and Savior on August 27, 2022. April was born on April 1st, 1957. She was only three years old when her mother Vivian (Lapier) Jeffery married the only father that April ever knew, Marvin Jeffery Sr.

April was raised on a ranch in Hilger MT, along with her two brothers and seven sisters. After graduating high school April met Scott Merwin, throughout the years they traveled the countryside, mountains, oilrigs, logging sites, beaches, and campsites together. During these travels three children entered their journey, Mike, Amanda (Dominick, Devon, Jenna Lee) and Angela (Tesiah, Layla, Kyle Jr).

April or “Smiley” (because of her radiant smile) was an Angel to so many. She had an enormous heart; spoke the truth even when others did not want to hear it. She was a hard worker, a loving mother, a caregiver at heart, a grandmother, cousin, sister, and a friend. April taught several people the value of family, sports, the definition of strength, morals, ethics, and principles. Her own values resonated through to those around her.

April was always quick to forgive, compassionate, good-hearted, understanding, had a loving soul, her laughter was infectious, she loved animals, loved to garden and was always available.
April loved calling family/friends on April Fool’s Day and telling jokes. She also never missed the chance to call someone on their birthday. One of her favorite passions was singing, April had an amazing voice; she was always ready to sing at a moment’s notice, especially to Kenny Rogers, Dolly Parton, Patsy Cline, Shania Twain, and others.