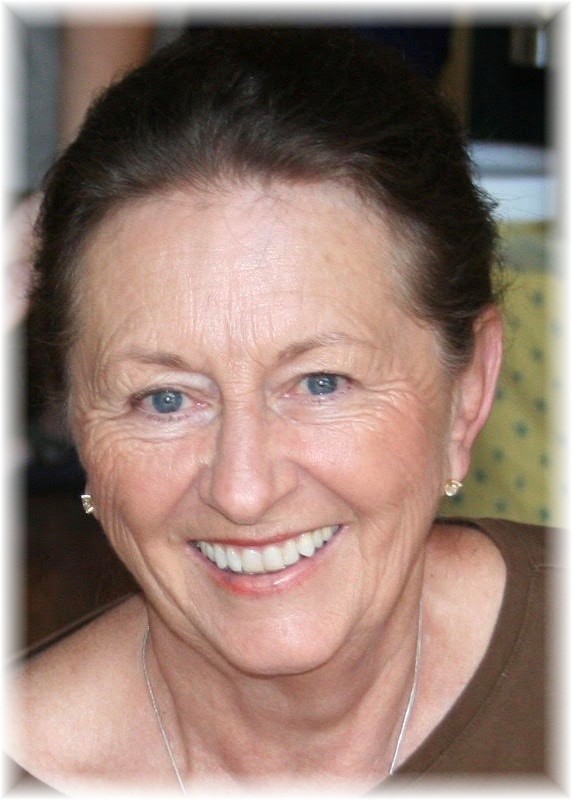 Carol Jean Lucas passed away at 3:41pm on July 10, 2019, in Winter Garden, Florida, with her daughter by her side after she and her husband Jim spent a touching morning together in celebration of their 54th wedding anniversary. She was 76 and died after a long hard battle from complications of Alzheimer’s and Parkinson’s Disease.

Carol was born in Butte, Montana, at 6:14 pm on April 6, 1943. She was the middle child and the only daughter of Thomas and Matilda Dunstan. She spent her younger days competing with her brothers as they played her favorite game of Hoop and Stick in the street with their dog “Pal” and “sampling” penny candy from the candy display at her mother’s small neighborhood grocery store. She attended Greeley Grade School in Butte and graduated from Butte High in 1961. She then attended Montana Tech for two years (Butte School of Mines at that time) and the University of Montana, where she was a member of the Alpha Phi sorority. During her high school and college days, she was employed as a dental assistant for Dr. Edward Guay.

Carol loved growing up in Butte and appreciated its great character and culture. Her parents instilled pride in her hometown and as for as long as she was able, she loved to meander the streets of her youth. Remembering Butte, Montana’s Richest City was one of the last books read to her just before her passing, along with her Bible, and her favorite book Dear & Glorious Physician.

In January of 1965, Carol went to work for the Legislative Council in Helena. It was there that she met her husband, Representative James Lucas of Miles City. In the interim, she had applied for a position with the Federal Bureau of Investigation and received her security clearance. While waiting for her start date, Jim whisked her off her feet and after a whirlwind courtship, he proposed, and the rest is history. They were married on July 10, 1965, and made their home in Miles City where they raised their four children.

Carol loved living in Miles City with its good people and lifelong friends. She gave of her time, but she loved being at home the very most. There she would garden, whip up something delicious in the kitchen, paint, dance, and spend time with her loved ones. Studying family genealogy and teaching herself the Ukulele were passions. She enjoyed golf, tennis and racquetball, biking and skiing. When time permitted, she loved to read. She ate ice cream every single day and loved her little dogs like children.

Her home was full of love and a source of pride, and she loved caring for all those who entered. Always a bustle of activity with the kids and their friends, Carol spent time baking with them, teaching them to watercolor, and helping them learn to swim in the backyard pool. They buried snakes, bunnies, and whatever creature met its fate in the yard. Of course, a cross made of sticks and grass was always placed on each gravesite. She had a strong work ethic and an enduring Christian faith. She was full of energy, and valued honesty and good character.

Carol and Jim were active members of the First United Methodist Church and her favorite project was being involved in the restoration of the church’s stained glass windows. She was a Fifty Year Member of P.E.O., enjoying her association with diverse and talented women of all ages and abilities in their efforts to assist others with their education. She served on the Miles City Library Foundation and was a lifelong member of Republican Women.

Her husband, her children, and her grandchildren were her true loves and she nurtured and supported her husband in all things in his busy life. When Jim arrived home, she relished a dance with him around the kitchen to “Satin Doll,” the song from their very first dance together. Traveling and sharing other cultures and experiences were some of their favorite things to do. Carol used to say that “she, among all women, was blessed.” She is deeply missed.

As per Carol’s wishes, her ashes will be held until the time of death of her beloved husband Jim when her urn will be placed in his arms and buried with him.

Shortly after Carol was diagnosed with Alzheimer’s, she made sure that her family knew of her most important wish in wanting to contribute to the research and possible cure of Alzheimer’s. That wish was fulfilled through her donation to the Harvard Brain Tissue Resource Center at McLean Hospital in Boston, MA. Those wishing to make a memorial in her memory may provide it in the name of Carol J. Lucas to: Harvard Brain Tissue Resource Center, McLean Hospital, Mailstop 138, 115 Mill Street, Belmont, MA 02478 or Secure online gift: https://givemclean.partners.org/SSLPage.aspx?pid=359) Please select “Brain Bank Fund” in the ‘Designation’ field. Memorials may also be made to the First United Methodist Church at 24 N 11th Street, Miles City, MT 59301, or the Miles City Public Library at 1 South 10th Street, Miles City, MT 59301, or to the organization of choice.

Funeral services will be held at the First United Methodist Church on Friday, July 26th at 1:00pm. A reception following at the Town & Country Club from 2:30-5:00 pm. Condolences may be sent to the family by visiting www.stevensonandsons.com.