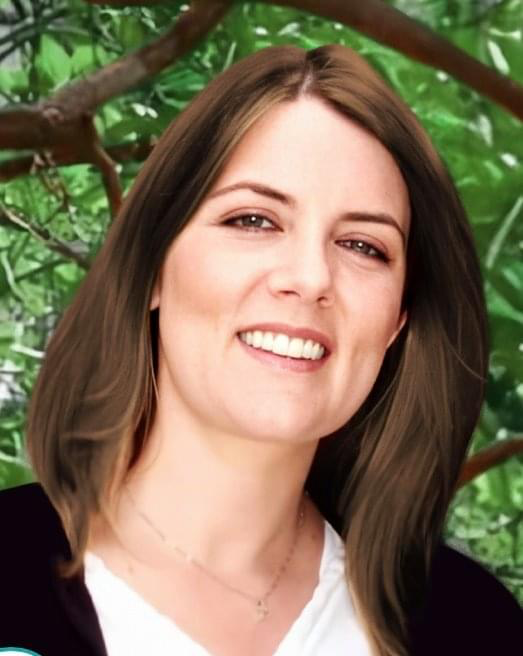 Caroline Michele South was born on December 10, 1968, in Upland, CA, the younger child of Carroll V. South and Lois (Matthews) South. She was born with a heart defect that could have been fatal, but with medical care and a lot of prayers, it healed and was never a problem the rest of her life. It was ironic, because she was also known her whole life as someone with a big heart.

When she was only five years old, her dad ran for the Montana House of Representatives, and Caroline’s cute face was featured in Carroll’s campaign materials – certain to endear him to voters for being the father of such an adorable little girl. He won that race handily, and the next two, and spent the next six years serving in Helena every other year as a state representative. Caroline enjoyed her time spent in Helena and such a rare, first-hand early introduction to our system of government for a young child.

Caroline attended public schools in Miles City, MT, where she was beloved of both her teachers and classmates. During her high school years, Caroline worked various jobs around Miles City, mostly in restaurants. She graduated from Custer County High School in 1987 – the same high school attended by her father and three uncles, and also her grandmother Jean South.

In October of 1987, her mother Lois, brother Tim and Caroline, moved to California, where Lois had been born and raised, and where Tim had been born. Caroline found a job with Security Pacific Bank. Security Pacific was taken over by Bank of America, where she worked until her death, becoming a valued and loved 30-year-plus employee and winning accolades from B of A for her diligence, hard work and professionalism,
In 2000, Caroline married the love of her life, Tim Ledebur, at Benedict Castle in Riverside. Her stepmother Marsha Rae South, a professional singer, provided the vocals, with music by Toni Glidden, her maid of honor, and her uncle Garry South, then the top political aide to California Gov. Gray Davis, provided the toast at the reception. At the ceremony, Caroline got to meet her first niece, Savannah Jo South, who had been born just two days before. Caroline and husband Tim loved to celebrate their anniversary in Cambria, where they had spent their honeymoon.

No mention of Caroline would be complete without discussing her love of dogs – and the muttier, the better. She grew up with a beautiful white Samoyed, Pasha, and had a lifelong passion for rescue dogs. At her death, she was the proud stepmom of three rescue dogs, Emma, Abby and Rudy, who will miss her greatly.

Caroline’s untimely loss leaves a very large hole in the hearts of all who knew and loved her. Her gentle spirit and generous nature, matched with her intelligence, positive attitude toward life and great and unfailing sense of humor, made her a delight to be around, and she will never be replaced.

The family asks that any memorials in honor of Caroline be made to Marley’s Mutts Dog Rescue (www.marleysmutts,org).