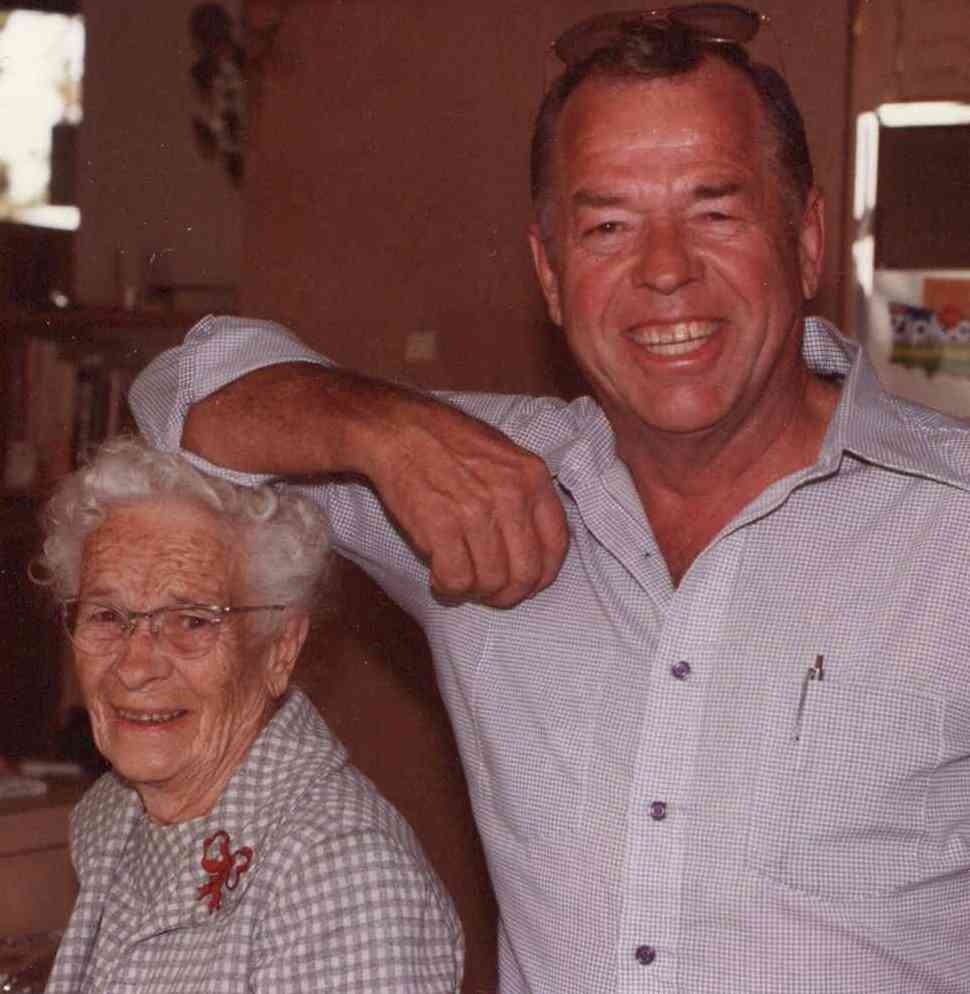 Casey was born July 29, 1925, in Miles City at the old Darcy Hospital on S. Strevell to Casey Edward Barthelmess, Sr. and Anna “Toby” Oby.  He was raised on the family cattle ranch on Mizpah Creek and attended area schools, graduating from Custer County High School in 1943.  His keen mechanical aptitude was quickly recognized, and he completed some of his shop training on-the-job, working part-time during high school for Chuck Walters at Walters Repair Shop, 1404 Main Street, and then again after his military service.

Casey served in the European Theater during WWII with the 327th Glider Infantry, a glider-born regiment of the 101th Airborne Division, from 1944-1945 and fought in the Battle of Bastogne.  One of his final posts was at Berchtesgaden, location of Hitler’s Eagle’s Nest.  A favorite trip pass was a week in Lake Lugano, Switzerland, near the Italian border, where one of his grand-daughters later attended college.  They shared a love of that place.  He was honorably discharged in April, 1946.  A treasured record is his very detailed account, “My Life in the Army,” written for his daughters.

After discharge, Casey moved to LA to pursue his interest and a career in photography, graduating from the Fred Archer School of Photography.  Photography for him was a lifelong passion.  He moved back to Montana and worked various ranching jobs.  He married Jeanne Mallett in 1951.  They settled in Glendive, where for several years, he ran a photography studio.  All three daughters were born in Miles City, and the family moved back to Miles in 1958.  Jeanne and he divorced the following summer.

Casey moved to California and eventually began work in heavy construction.  In 1966, he married Doris Harden, a union that also ended in divorce.  He was a proud member of the International Union of Operating Engineers, Local 12.  He was working the night of the San Fernando Valley Sylmar Tunnel Explosion on June 23, 1971, and lost and never recovered his interest in working heavy construction again.

Casey retired from the union in 1983, and pursued his dream career in aviation with Task Research at the Santa Paula Airport, designing and manufacturing parts for experimental aircraft and homebuilt aircraft kits.  Some of the projects that Casey worked on were the development of the propeller blades on the V-22 Osprey with Bell Helicopter, manufacturing the coated leading edge for sand and rain erosion, Burt Rutan’s Long-EZ, Vari-EZE and Solitaire, and Task Research’s Silhouette, including a project with NASA for a lighting system that allowed it to be heard, but not seen, aka “the invisible plane.”  His daughter, Robyn, remembered taking a trip to the Mojave to visit the Rutan operation and Casey winning the lucky draw to take a ride in the Vari-EZE with Dick Rutan at the controls.  It was an exciting father-daughter day.

After retirement in 1988, Casey moved back to Montana to live with and watch over his mother, Anna, until her death in 1993.  It was during this time that he took up the earlier efforts of his father and family members to further the photography legacy of his grandfather, Christian Barthelmess, a well-known army and Indian photographer.  He worked unceasingly for over 10 years with the Montana Historical Society to identify and separate out Christian’s glass plates and photographs from the Morrison Collection, an effort today that is continued by his eldest daughter.

In 1989, Casey was hired by the US Government, as part of the Historic Buildings Survey Project, to photo-document in place the remaining Fort Keogh officers’ quarters before they were demolished or removed from the site.  Those photographs are viewable on the Library of Congress’ website.

Casey’s interests were golfing (he was near pro and won many trophies), bowling (many trophies), love of history and photography (he was a skilled, artist photographer and lamented the loss of real photography as digital took over), jokes (he enjoyed a good one and kept copies of his favorites), aviation, his Yukon vehicle, Hershey Bars, and most of all, his family.  He was brilliant, and at times, the quintessential curmudgeon, but always a unique personality.  His sardonic sense of humor set him apart.  His mind was a steel trap, and he had an amazing ability for detail.  Anyone who knew him can relate to this:  At almost every encounter, he would tell you that he had something to show you, and he always did—many fascinating photos, jokes, items, and articles of interest–and most of us saw those things many, many times over.  It was one of his most endearing, and sometimes aggravating, qualities, but you always learned a few things.

We (Suzanne, Janis and Robyn) wish to acknowledge and thank the wonderful staff at Friendship Villa who lovingly cared for our dad over the past four years.  We are so grateful.  We also are appreciative of our cousin, Bunnie Miller, and her ongoing help with our dad’s mail and errands.

Donations in Casey’s name may be made to the Montana Historical Society or Range Riders Museum.  A private family burial will be scheduled in the near future, and he will be laid to rest with full military honors at the Eastern Montana County Veterans Cemetery.  Please raise a glass in remembrance—Tangueray & Tonic, no lime.