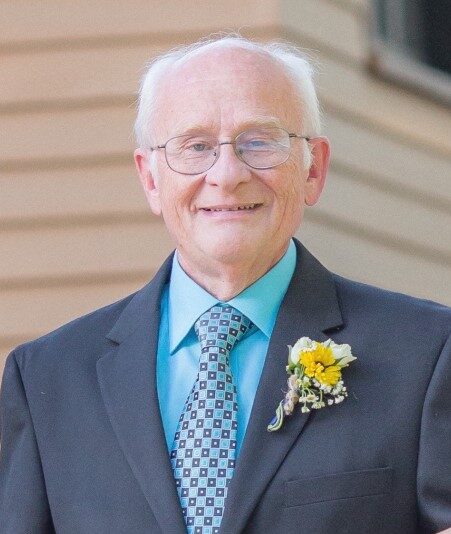 Charles “Chuck” Arnoldy of Miles City, MT passed away peacefully on Saturday January 15, 2022, after a hard-fought battle with cancer at the age of 74.

Chuck was born in Winona, MN, and, as a young boy, he lived in Sauk Centre, MN, Lu Verne, IA, Bancroft, IA, Yankton, SD, and finally Aberdeen, SD. Chuck attended the South Dakota School of Mines & Technology in Rapid City, SD and graduated in 1970 with a physics major. While there, he enjoyed the nature of the Black Hills by going on hikes and belonging to a cave crawling club.

Chuck and Coleen met while working at Drug Fair drug store in Fresno, CA and were married April 26, 1975. In that marriage, he also gained two daughters, Shondee aged 6 and Donya aged 4. They moved their family to Miles City, MT in February of 1979. Chuck was thrilled when, once again, he became a father when his daughter, Deeya, was born in December of 1984.

Chuck worked at a local building/hardware store (then UBC) from 1979 until the time he retired in 2010, but his real interest was in weather; one may say meteorology was his passion. In fact, he worked at the airport in Miles City for a time, providing the weather report for nearby airplanes. He even participated in a government cloud seeding program, flying into thunderheads in a WWII bomber. You could always ask him the forecast and he would provide a full report.

Chuck was also an avid music fan. His brothers recall him introducing many different bands, including The Moody Blues and Deep Purple. Many of the family gatherings would, at times, center around music, including the viewing of recorded concerts by Kansas and Fleetwood Mac to name a couple. Family gatherings were some of Chuck’s favorite events. He enjoyed meeting up with family, whether at home in Miles City or in Aberdeen or Sioux Falls, SD where everyone would get together to chat, play cards (hearts was his favorite), and listen to music. Genealogy was another of Chuck’s great interests. He enjoyed learning about relatives near and far.

Many people will remember Chuck as a very social man. He was always up for an in-depth conversation about music, weather, science, and any other topic of interest. He could carry on any conversation and never had a lack of words on any topic. He enjoyed learning and sharing his knowledge. He was always very respectful of others, and it really showed in his interactions with people. He very much disliked war and violence; his picture even appeared on the cover of the Rapid City Journal carrying a sign protesting the Vietnam War.

Chuck was preceded in death by his parents Francis and Mary (Meyer) Arnoldy, his grandson Colton Johnson, and his niece Alisha Arnoldy.