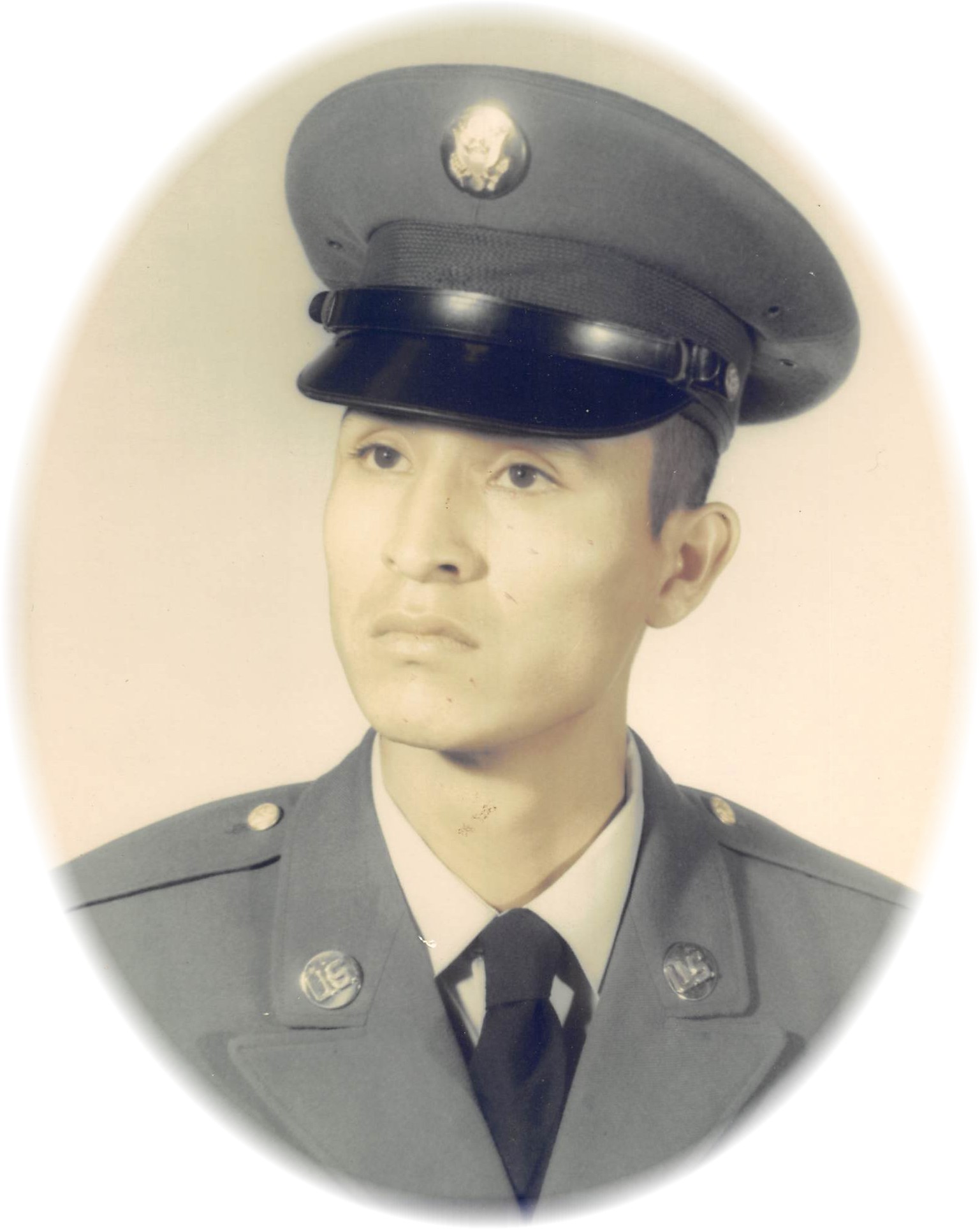 Charles Sooktis, Jr. Vohke’sehemeo’o “Cliff Road” passed away onFebruary 9, 2021 at his home in Hardin, Montana. He was born on August 2, 1943 in Lame Deer, Mt to Charles Sooktis Sr. and Margaret Seminole Sooktis in their log home.

Charles had many children who took his Indian name after him: Ryan Kennedy, Aiden Spang, Riley James Dreamer and Charles Butch Bundt

He spent a majority of his younger years at the home of his aunt Beatric and Tuck Small.  There is a lot of stories that he mentioned regarding his uncle Tuck and Beatrice.  Especially riding horses with his uncle Tuck. He attended schools in St Labre, as well as many schools in Denver Colorado. Charles joined the US Army in 1967 and was honorably discharged in 1972.

He met the love of his life, Lena White Sooktis. They later married on April 2, 1969. To this marriage they had five children: Tamera, Pamela, Jennifer, Kristen, and Marcus.  He also took, Bonnie Littlesun, Elrena Whitedirt, Lucille Lafrance as his own children and raised, Courtney Sooktis and Shaden Sooktis and Antone Sooktis. There wasn’t a day that went by, when he would call and check on these ladies and just to say Hi.  Elrena was his feisty one.  IF we all weren’t able to get him to do things, she was the one that enforced our requests that needed to be made regarding his health.

Our world changed, when our Sooktis Family lost Marcus.  He was our world. That’s the day we lost apart of Mom and Dad.  Dad tried to keep us together thru prayer.  One thing us girls learned thru our mother and father, was to always pray and continue our religion.  To always respect other tribes/people’s religion.  Never disrespected anyone way of life.  We also learned to help each other out.

As a grandson of Chief Morning star aka Dull Knife and American Horse.  Butch is a child of the Cheyenne chief’s family.  He was also a grandson of Ruben Blackhorse, who was among the first Cheyenne scouts, who served under general nelson miles of Ft Keogh, MT.  He grew up in Birney and Lame deer.

Charles worked for IHS Sanitation and also for the Northern Cheyenne Utilities. He participated in following ceremonies:  Sundance, received Cheyenne Paint, Fasted at Bear Butte, Cheyenne Gourd Dance, Sweat Lodges, Flag Ceremonies, Peyote Meetings, participated in helping protect and care for our Scared Hat.  In 1972 he initiated as Headsman South east side of the Elk Horn Scrapers from Older Cheyenne Elk Horn Scrapers and Charlie Whitedirt generation. One of his greatest moment was when he flew to Mexico to be part of the movie called Last of the Dog men.  He came back with stories of his experience.

The best trait that we witness throughout dad life, was when someone was hurting or needed prayer, he always put everything aside, and sat and said a prayer when needed.  Good words/story about history was always said before and after prayer.

Steve Littlebird (he made sure anywhere he went, he’d holler, “please make sure someone goes to pick up my juke box”)

His great granddaughter, Akaiah (bumble bee woman, he would call her), he would always say, I have to give this one, candy to get a Hi out of her.  She never talks to me she is a quiet young lady.

His wildest moment with his great grandchildren, was when he baby sat his great grandson, Caysen James (White buffalo), who put grandpa on the run. Grandpa found him at his neighbors’ home, sitting on top of a semi-truck.  He sure enjoyed his time with Risco and Riley, he would love sitting at his chair by the window, watching them and listening them have their little discussions which would bring a smile to him every time.

Dad never forgot about all his sisters.  When he would go to Lame Deer, he would stop to say or greet his sisters.  He respected and loved each of his sisters.  During prayers his sisters were always mentioned.  When he would hear of his sisters hurting or happy, he would take time to pray for them or go and seek them down, to see what was going on.  He would help them in anyway he could.  While he was sick, his sister Henri Mann came to visit him, he didn’t want her to come see him.  She said “I am going to come and see you” he smiled and said okay.  Even if they didn’t have much to say, she sat with him throughout the day watching his grandchildren and great grandchildren every move with smiles on their faces.  Which made him happy.

When Gilbert whitedirt and Dad/grandpa are in the same room, there is always laughter.  These two cowboys sure enjoyed each other company.  They helped each other out, when It came to ceremonial functions/family gatherings.  There are many humorous stories to tell about these two.  A story that continues to be funny at family functions is when they talk about Broke Back Mountain.

He is preceded in death by his parents; son, Marcus; Joann and Ruby Sooktis, Andrew Sooktis and Lucian Twins, etc.

We would like to thank all his grandsons/friend for coming to sing and prayer with dad on his last days.  He sure enjoyed the music: Cory Whitedirt, Jeremy Hiwalker, Milen Goudeaux, Cory Killsnight, Robert Simpson, Richard Singer, etc.

Sorry if we missed anyone, dad has a huge family. “everyone related to the Seminoles and his Oklahoma Family.

Dad/Grandpa:  Were all going to miss you.  We love you.  I know you always said you’d be here with us till you was 89 years old.  And you’d get irritated when Jennifer would say, why couldn’t it be an even number like 90?  But we all know, that you was tired and wanted to be with the love of your life “Ms Lena Sooktis and son Marcus.  Till we meet again…..

Family Friends far and near, if you have Facebook we will be going live thru:  Courtney Sooktis