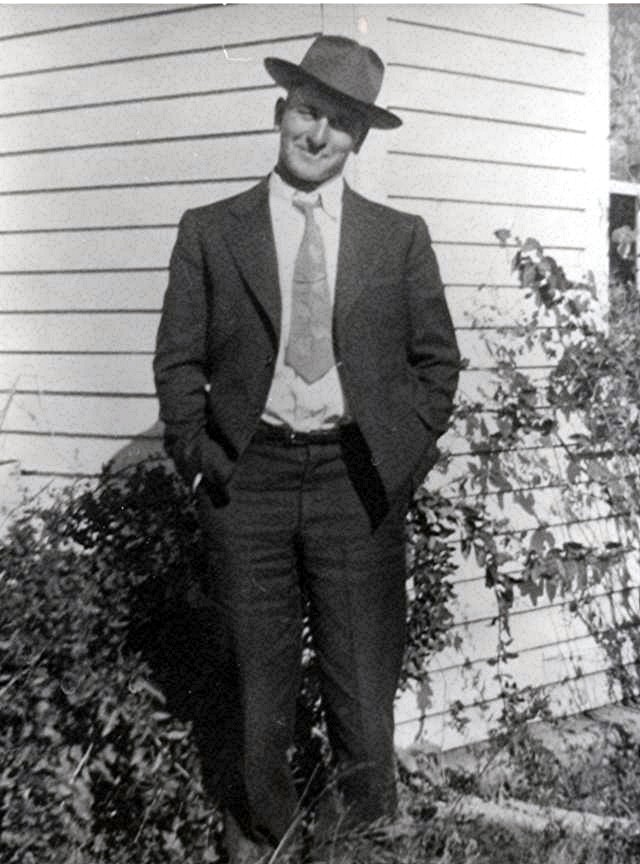 Chester Mayo Paulson came into this world on March 28, 1925 at the Mayo Hospital in Rochester, MN.  He was the seventh child born to Carl and Hansine Paulson.

He spent his early life in eastern Montana, working and playing on the family farm in Homestead.  Dad loved to tell about all of the rabbits and gophers he could shoot with his trusty .22. Dad grew up working hard on the farm but he had other plans; a wife and a cattle ranch.  In March of 1950 he met the love of his life, Irene Hoffman, when he pulled her car out of the ditch.  It was love at first sight.    After dating for several months they were married December 1, 1950.  Mom and dad lived in the Culbertson area and began their family.  Linda was born in 1952, Barbara in 1953, and Janis in 1955.  Dad’s dream of owning a cattle ranch became a reality in 1955.  With three children in tow, he and mom moved to a 320 acre ranch outside of Polson, MT.  Dad began building his herd of Hereford and Angus cattle and finished his family with the addition of Naomi, Patty, and Joe.  Ranch life was just beginning for the Paulson family.  Haying, flood irrigation, calving, branding and vaccinations; dad did it all.  He worked hard every day and enjoyed sitting in his easy chair in the evenings eating mom’s fudge-a favorite of his.

For many years dad would round up his calves and truck them to Sioux City or Omaha to the stockyards.  Dad received several Grand Champion awards for his calves that were sold for 4-H projects.  In Sioux City, dad was informed of new cattle breeds from Europe that were becoming popular around the country for their leaner beef.  He was immediately interested but getting breeding bulls was out of the question.  Artificial insemination was the newest and best means to breeding different cattle.  In the late sixties dad traveled to Washington State and learned the process of artificial insemination.  He bred Charolais, Maine Anjou, Chianina, Simmental and South Devon.  The ranch was dubbed Mission Range Exotics.  Dad and mom raised a family and built a solid reputation for knowing cattle.  Life was great.  Days, weeks and years were full of work, attending church and having neighbors over for coffee and visiting.  The coffee was always on and mom had cookies, cinnamon rolls or fresh bread to offer.

After the death of his parents, a daughter in the seventies, and then his beloved wife in 1988, dad finally began slowing down.  Eventually he sold his cattle and then the ranch.  Dad moved to Terry, MT.  To keep busy, dad began building tables and night stands.  Many people were recipients of these handmade treasures.  Dad also kept a flock of chickens which enabled him to bless others with eggs and meat.  The past two years were hard on dad.  He suffered several strokes and became housebound.  Joe moved to Terry and became dad’s caregiver.  Chester Paulson, a wonderful dad, grandfather, and great grandfather left this earth on February 15, 2017.

Dad is survived by children Linda Davis, Janis Miller, Naomi Leahy, Patty Wilson and Joe Paulson.  He has 14 grandchildren, 22 great grandchildren and 3 great-great grandchildren.  Dad’s generosity was legendary.  His humor was fun.  He leaves all of us with such sweet memories.  We are a blessed family.

A private family burial will take place June 23, 2017 at 10:30 a.m. at Lake View Cemetery in Polson, MT.  The Paulson family will host a gathering in memory of their father to be held at Boettcher Park on June 23, 2017 from 2-4 p.m.  Please join us in sharing memories and lots of laughs.  All are invited.