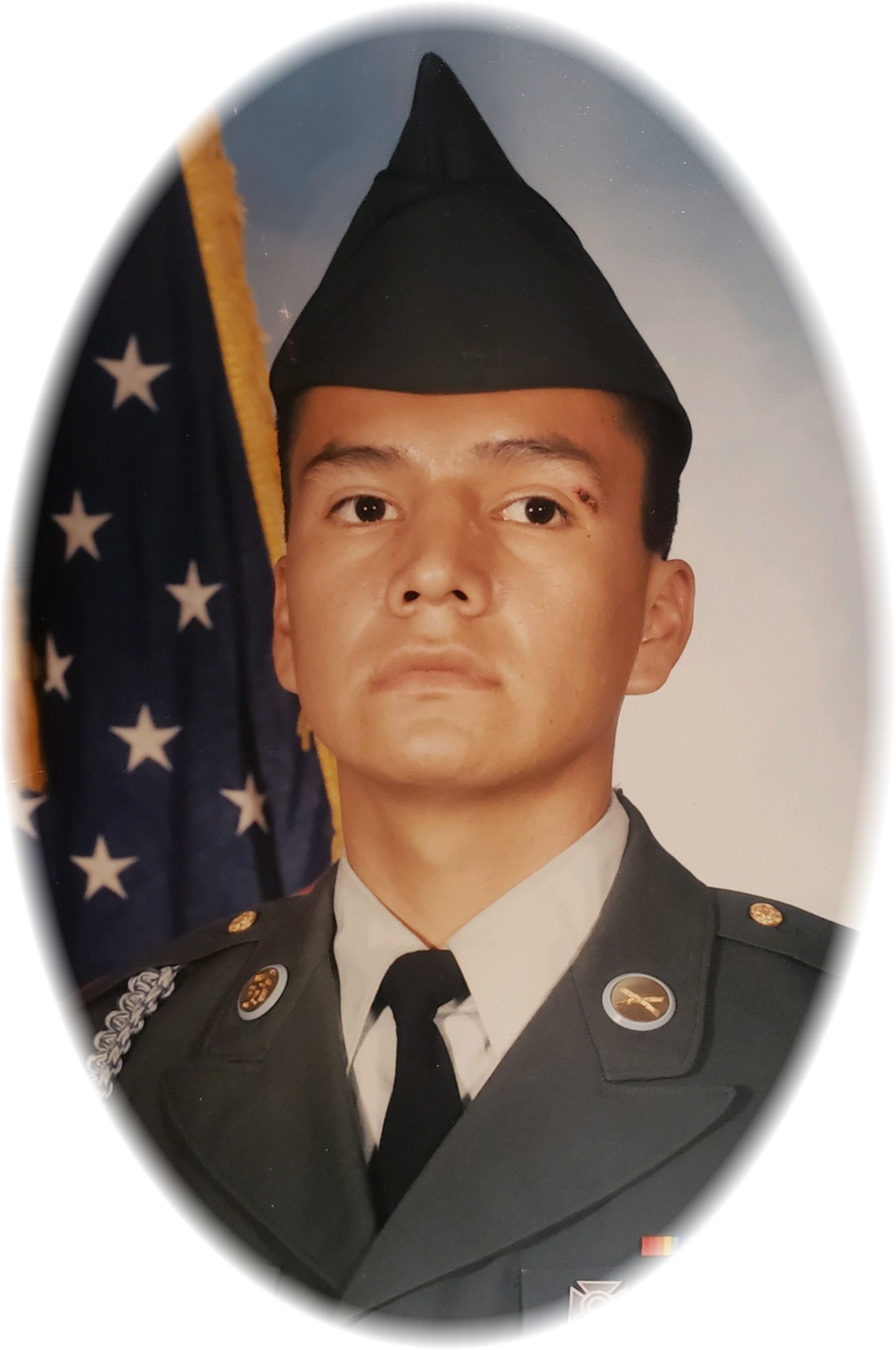 My dad got a call from God, and took the calling of an angel. He passed away peacefully in his sleep.

Darius was born to Lavina Blackwolf and Charles Bear Robe on January 30, 1971.

Darius grew up on the south side of Lame Deer, and later moving to Muddy Creek. He roamed the fields of Muddy Creek and swam in the local swimming spot in the Muddy Creek. Some days he would swim all day and walk back to the house in time for supper.

Darius went to school at Labre in his younger year’s. He entered High School at Colstrip High. He was a excellent Basketball Player. He knew his calling was to be a Busby Eagle, so he continued his high schooling at Busby. The last quarter of his High School years, he went back to Colstrip. Colstrip is where he graduated from in 1990.

July of 1990 Darius joined the Army, he completed his basic training in Fort Benning Georgia, onto to Air Borne School right after basic training.

Darius got sent over seas to Panama, while in Panama he learned that there was another Northern Cheyenne stationed in Panama. Lisa Limpy soon became his sister, he had fond memories of Panama. Thank You Lisa for watching out for my dad while he was in Panama.

Darius returned to state side and settled in Fort Polk Louisana, again he found out there was a Northern Cheyenne in Fort Polk, his high school buddy Emmanuel Seminole Jr. They friended a member of the Crow Tribe while in Fort Polk Gerald Stewart, he always had stories of Manny and Gerald. Thank You Manny for watching over my dad while in Fort Polk.

While in Fort Polk he married Shawna Youngbear, from the union the had one son Jared Ryan “Jose”

He continued to journey with the Army, he got stationed in Germany. He would have been in Germany for two year’s and his son was just a baby, he chose to stay state side and accepted a Honorable Discharge on July 25, 1996.

Darius and Shawna were divorced in 2019.

Darius was a Avid Dallas Cowboy’s fan, and he let everyone know that daily.

Darius was very proud of his son Jared.

He was a proud uncle to his niece’s and nephew’s.

Darius chose to be independent, always going places, in his life travels he ended up in Wolfpoint,Mt.

During his stay in Wolfpoint Darius had a traumatic brain injury, from this injury his life changed.

Darius fought to be independent, we all had to step aside and let him make his life choices.

Darius got tired and needed to rest, he passed away in his sleep at St. V’s.

His extended family include all his aunts, uncles and cousins too numerous to mention include the Bearcomesout’s, Brady’s, Bearchum’s, Ryan’s, Limberhand’s, Blackwolf’s, Shoulderblade’s, Flying’s, Youngman Afraid of his horse, and White.

Please forgive us if we did not include you, at our time of the writing we could not remember all the family member’s.