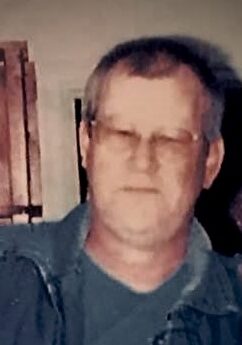 He struggled with health issues over the last several years and now joins his parents, Vernon and Carol Carlson and a brother Stanley Carlson in the family circle in heaven.

David graduated from Grant Union High School in Sacramento, California. He took a course online and became H-VAC certified. David also painted houses in his spare time and ran a backhoe working construction. Prior to his declining health, you could find him working Coast to Coast doing small engine repair. David enjoyed traveling, once taking a cruise to Mexico, and working over two summers on an off-shore Alaskan Oil Rig. He liked shooting the breeze over pool with friends and having a few drinks at Parkers. David also tried his hand at fishing and taking on flying lessons. He started to build his own plane but gave up on the idea of ever flying in it as his health declined. David took up collecting coins later in life and was quite knowledgeable about his collection, sharing it with anyone who would listen and wanted to learn.

The Carlson family would like to invite you to visit Stevenson and Sons website to leave your memories and stories of David to share with his family and each other!
Thank you, family and friends, for being a part of David’s life!