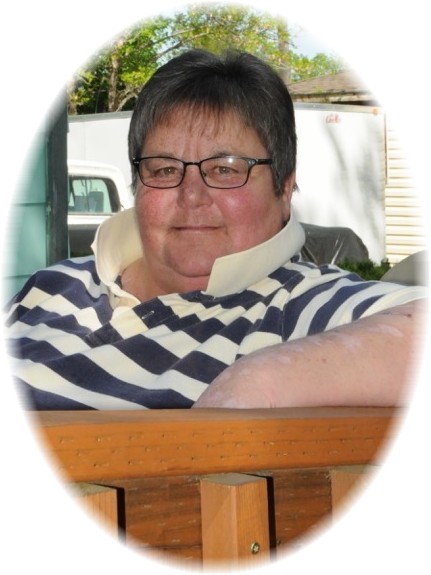 Donnette Rexford, 57, of Hysham, Montana passed away peacefully in her sleep at home in Hysham, Montana on March 19th, 2020.  Donnette was born on March 23, 1962 to Don and Kay (Farber) Rexford in Billings, Montana.  She was the youngest of three children.

Donnette grew up in Hysham MT and graduated from Hysham High School in 1980.  She went to Miles City Community College for two years and worked in Miles City in various capacities.   She returned to Hysham as a ranch hand and cook at Grierson Ranch.  After the ranch was sold, she was a cook and Junior Class concession stand sponsor at Hysham Public School for many years.  She was also a bartender and a clerk at the Friendly Corner Store.  Donnette did not have any children of her own, but she was a second mother to Karlie Keller who came to live with Donnette at the age of 3 until Karlie turned 16 and moved to Wyoming.

Donnette was a jack of all trades and enjoyed her many hobbies: yard work, gardening, taking care of yard plants, and especially was a great cook.  She struggled with health issues later in life.  Even with her physical limitations, she continued to shovel snow, mow the lawn, cook and clean.

Donnette was known for her quick wit, positive attitude, sense of humor, and was the Queen of Sarcasm.  She enjoyed people and was a loyal friend.   We will miss you Nettie!