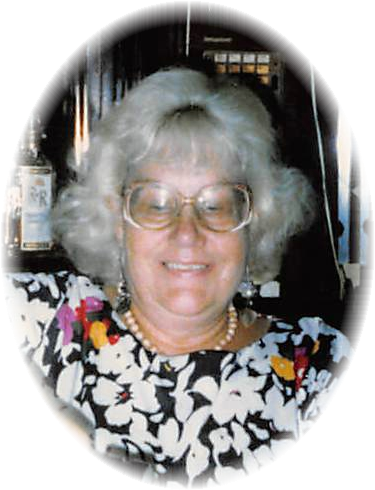 Dorit Eva Barons came into this world May 22, 1935, the second daughter of Willy and Erna Barons. She was born and raised in Berlin, Germany, where Dorit and her family lived through the devastating effects of World War II. She took a seamstress trade at a young age and worked in a factory making shirts in Berlin.  Because of the love and compassion the American military and people showed after the war by flying food and supplies to starving Berliners and during the Russian Blockade and watching American movies of the time, she decided early on she was going to be an American.

She boarded a troop ship with others headed to the United States of America; she turned twenty-one on the ship and thought the Statue of Liberty to be the loveliest sight she had ever seen. She made her way to Hysham and married Ben Worm on June 25, 1956, only one month after meeting him in person. She could hardly cook water at first, but soon was preparing big meals for the many men it took to run a farm in those days. Also, she had four children in five years and spent a great deal of time instilling good values in them, many times with a wooden spoon, breaking  many on our backsides, we still don’t know where she got them all.

After her rough marriage ended, she met the man that she really loved, Gene Idleman. They spent their lives together until he passed away in 2007. Dorit was a longtime member of the Hysham Women’s Club and really enjoyed the Children’s Christmas store each year. She became a bartender in the early 1970’s and did that for more that forty-five years. She made many friends through her job, her personality and humor touching their lives.  If anybody was “so tired” after the bar, she would often let them sleep on her couch. Dorit was proud to be a bartender and many people would come just to be served by her.

She loved her animals and would always pet anything, if it were a hedgehog in Germany or the deer she hid from the game warden in her farm house. She always had a nice dog and could never turn down a stray kitten. She liked flowers and tried to keep a pretty yard. She was especially proud of her yellow roses that bloomed each memorial day.

Dorit’s grandchildren, Jennifer and Lucas, were gifts from God to joy a grandmother’s heart. She had to raise her kids, but she could spoil her grandkids.

Dorit passed away much too soon for us, on August 9, 2017, but she would say she had a good life and made more true friends than most and always enjoyed those friends until the end.

She was preceded in death by her parents; her first born daughter, Dawn Worm; and her life mate, Gene Idleman.

She is survived by her children: Tawny, Ben, and Chris all of Hysham; granddaughter, Jennifer Theiss (Ezra) of Forsyth; grandson, Lucas Worm of Billings; son she “adopted,” Bill Green; sisters, Eva Reitzig and Christel Dohrow of Berlin, Germany; and many German and American nieces, nephews, and cousins.

Many friends of Dorit should be mentioned, but this would become a book. We are greatly overwhelmed by the love her friends are showing back to us. It is easy to see why our Mom was always proud to be from Hysham.

Dorit will be greatly missed by her family and the friends who knew and loved her. She is now in heaven with her daughter, Dawn. We love you Mom.</p>