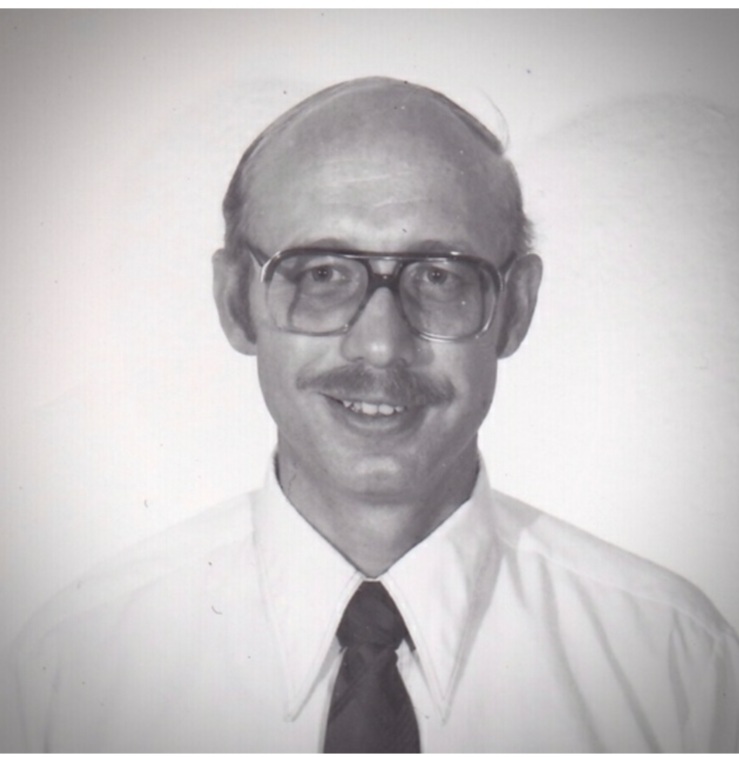 Retired Concord, CA Chiropractor, (Gail) John Keilman D.C., F.A.C.O passed away at the age of 83. Dr. Keilman moved to California in 1984 from South St. Paul, Minnesota where he practiced Chiropractic, became a Board Certified Chiropractic Orthopedist, and was Chairman of the Clinical Science Division at Northwestern College of Chiropractic (NWCC). He brought his expertise in Orthopedics to the North Bay with an office at 3556 Concord Blvd, Concord and as a staff member at Life Chiropractic College West (LCCW), Hayward, CA where he taught X-Ray interpretation and musculoskeletal diagnosis.

Dr. Keilman was given a challenge by his students at LCCW to find an ideal location to set up a Chiropractic practice without incurring crippling debt. He located a site that exceeded the criteria. He found a town 15 miles from Concord with no chiropractic, and limited medical facilities. The town was Crockett, CA. It was a company town of 2500 people. He located a vacant store at 757 Loring Ave. It had an attractive yellow tile store front with a large window that could be seen across the avenue from the world’s largest sugar refinery; C & H Sugar at 830 Loring Ave. Dr. Keilman remodeled the store for a few hundred dollars to make a Chiropractic clinic visible to all 480 refinery workers. Crockett had a Baptist, a Catholic and an Episcopal church in town. It also had a Teddy Bear (stuffed animal) factory at 831 Loring Ave. Dr. Keilman joined the Crockett Lions Club and took pride in the clubs advocacy for the blind and visually impaired. The town had a local celebrity, Aldo Ray, the movie actor who lived with his mother in Crockett. Aldo Ray had a fan club, with a small clubhouse located at 1332 Pomona Street. As for good dining, there was Yet Wah, Chinese restaurant on San Pablo Ave overlooking the Carquinez Strait. The clincher for winning the student challenge was recreational activities. Dr. Keilman kept his 22 foot sailboat moored at the Crockett Marina next to the Crockett Striped Bass Club Boathouse. In addition to Bass fishing, the marina offered charter fishing for sturgeon. Dr. Keilman could sail the Carquinez Strait, Suisun Bay, San Pablo, and San Francisco Bay. He continued to alternate between the two practices until he retired for health reasons in 2008.

Dr. Keilman was born May 19th, 1939 (two months premature), in Lewistown,MT to Ruby Mae Luce and Leroy Joseph Keilman. He nearly lost his vision to retolental fibroplasia (RFL), but through a quirk in infant feeding, he was spared the disease by removing him daily from high concentration of oxygen used in incubators of the time. From 1939 to 1943 he lived in Poplar, MT on the Fort Peck Indian Reservation (where his father taught school). After that, he considered his permanent residence as Miles City, MT until he graduated from University and moved to Portland, OR. He worked at other occupations before he practiced Chiropractic in Montana.

Prior to practicing Chiropractic, he was a commercial pilot in Montana and Oregon flying single engine, multi engine, and sea planes for the U.S. Forest Service, Bureau of Land Management, Montana Fish and Game Department, Fixed Based Operator’s and Charter Companies. He was chief flight instructor, instrument flight instructor, and airplane ground instructor for pilot training programs such as the Advanced Air Force Reserve Officer Training Corps (ROTC) at the University of Montana and Oregon State College. He flew for United Airlines as a Flight Engineer in Denver, CO. Dr. Keilman served as an air traffic controller for the Montana Army National Guard and was activated to the U.S. Sixth Army during the thirteen days of the Cuban Missile Crisis in October 1962.

After active military duty, Dr. Keilman joined Multnomah County, Oregon Sheriff’s Department to fly their future helicopter. He graduated second overall and first in his rookie deputy class of forty five from the Metropolitan Police Academy and was assigned to his choice of duty after completing probation. He chose the sheriff river patrol. Instead, he ended up patrolling the Columbia River for 3 years which piqued a lifelong interest in sailing. His three years of patrolling the Columbia River piqued a lifelong interest in sailing. After he established his Chiropractic practice in California, he took a course in the history of San Francisco Bay that qualified him to be a docent for the San Francisco National Maritime Museum. He owned sailboats ranging from a 13 foot Sunfish, to a 22 foot Catalina. Sailing with friends and family members, the sport provided years of adventure in the Carquinez Strait, San Francisco Bay, Sacramento River, and mountain lakes and reservoirs.

He graduated from Sacred Heart Elementary and High School in Miles City, MT. He was a First Class Boy Scout of America and earned merit badges for his drawing and painting abilities. He completed a college art course at eleven years of age that was taught by famous Montana artist, James W. Masterson. Dr. Keilman won many art contests and was paid to paint holiday scenes on store windows during high school.

He was a member of the U.S. Air Defense Command Ground Observer Corps from 1952 until the Miles City Radar Base was activated in 1956. He was a member of the Miles City Model Airplane Club and served as President in 1954. He was a delegate to the American Legion Montana Boys State in 1956, and a three year letterman in high school football. He earned his private pilot wings during high school, working as a soda jerk. He was awarded his A.A. degree from Custer County Junior College (CCJC) while continuing to fly, completing his commercial and flight instructor ratings by working as an airport gas boy. He was elected Circle-K President his sophomore year at CCJC. He attended the University of Montana (MSU) at Missoula, earning his B.A. in journalism. Dr. Keilman worked his way through MSU as a flight instructor and commercial pilot. He was inducted into Sigma Delta Chi, Professional Journalistic Society in 1961. In the 1960’s, he was one of the pioneers in the sport of skydiving; as a founding member of the MSU Silvertip Skydivers Parachute Club and the 296th licensed member of the fledgling Parachute Club of America.

Dr. Keilman met fellow journalism student Diane Elayne Hill of Bend and Milwaukie, OR at MSU at Missoula. She had previously attended University of Oregon and transferred to Butte, MT to attend the School of mines prior to MSU at Missoula. They were struck by Cupid’s arrow in 1963 while he was giving Diane her first airplane ride, and scenic flight over Glacier National Park. They attended the Christmas Ball in December of 1963 where he proposed and they were married August 22, 1964 at St. John’s Parish in Butte, MT. They have remained life long partners and lovers. Diane supported her husband in all his endeavors, even the four year course in Chiropractic. He drove a delivery truck nights and attended WSCC in the days. After two years of this regiment, chiropractic college was becoming untenable. He and Diane started Spiffy Janitorial Service, a family business that allowed him to work just a couple of hours before school and weekends for financial support until he graduated.

Dr. Keilman was licensed and practiced in Montana for the next six years. Dr. Keilman accepted a residency in Orthopedics at NWCC at St. Paul, MN. Diane worked as a medical secretary to supplement his meager resident salary. He completed his board requirements and passed his practical, oral, and written examinations and them was elected to be the 988th Fellow of the American College of Chiropractic Orthopedics. In 1984 Dr. Keilman moved to Concord, CA to set up a practice and work as a medical expert in numerous injury and malpractice cases.

Dr. Keilman considered himself an educator. He loved learning and teaching; he was one of only three instructors chosen to teach airline pilots for the government under the Manpower Development and Training Act of 1962. He was clinical science chairman and instructor at Northwestern and Life West Chiropractic Colleges. He used teaching methods he was taught by the Federal Aviation Agency in special flight instructor seminars and substituted Chiropractic for Aviation. The template fit and as chairman of the clinical science division, he used it in the operation manual for NWCC Accreditation.

While at NWCC, Dr. Keilman was designated company physician for The St. Paul City Ballet; artistic director Joe Savino. Dr. Keilman appeared as the Prince of Courland in Giselle and King Floristan XXIV in The Sleeping Beauty with his wife Diane and daughter Stacea who was a dancer with The St. Paul City Ballet. Both productions were held in the venerable and ornate St. Paul World Theatre (now the Fitzgerald Theatre).

Although he had ridden motorcycles back and forth to airports years earlier, he was introduced to road bicycling while participating in the Minnesota Ironman competitions in 1981 and 1982. He became an avid bicyclist, riding a road bicycle to work. He most often used Contra Costa County bicycle trails including the Iron Horse Trail. He rode daily on neighborhood bicycle trails until very recently.

While practicing chiropractic in his hometown of Miles City, MT, Dr. Keilman served on the Sacred Heart School Board as a member and chairman, giving the 1976 commencement address. He was President of the Montana Chiropractic Association from 1979-1980 and represented the profession, lobbying in Washington D.C. for inclusion of Chiropractic in Medicare. He was appointed to the board of Eastern Montana Health Systems Agencies; a law signed by President Ford in 1977 for local health care planning and funding allocations. He was a member of the Kiwanis Club and Knights of Columbus and The Miles City Club. Adding music to Miles City, Dr. Keilman and his wife Diane served on the Community Concert board and Diane served on the Charity Ball committee to raise funds for the hospital. They were members of the Miles City Club and attended events for Beta Sigms Phi. Dr. Keilman was licensed to practice in Minnesota, North Dakota, Montana, and California.

In later life, Dr. Keilman enjoyed collecting, writing, and lecturing on Early American Pressed Glass (EAPG). He and his wife enjoyed attending auctions and developed a great appreciation for antiques. He also built and flew radio controlled model aircraft until his visual acuity and manual dexterity began to fail. He loved interacting with family and doing family activities.