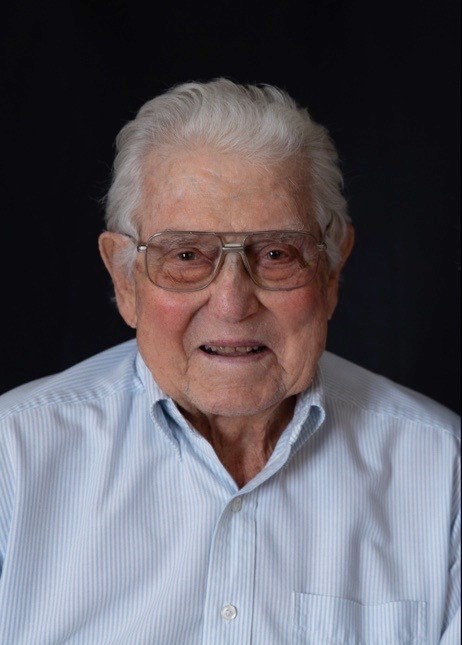 Amory Hubbard died peacefully in his sleep at home on January 11th. He was 90 years old.  He was born in Boston on March 19, 1931 and was the youngest child of Edward and Laura Hubbard. He was a devout and active Catholic the whole of his life and was a member of the Knights of Columbus.  Amory was educated at Milton Academy and graduated from Harvard University in 1953.  He loved hockey and was later inducted into the Harvard Hall of Fame.

He made his first trip to Wyoming as a teenager, working summers on local ranches, especially loving his time at TePee Guest Ranch in the Bighorns where he made many friends and enjoyed playing his guitar.  From that first summer, he fell in love with the west.  He leased his first ranch in 1955 on Dutch Creek.  In 1969 he married Pippa (Wilson) Hubbard and together they ranched there, and later in the Powder River and Pass Creek areas.  Amory raised cattle and quarter horses, enjoyed team roping, steer roping and trap shooting.  He took a very active interest in his children’s sports and extracurricular activities, never missing a game if he could possibly help it.  In the 90’s, Amory was a realtor at Century 21 before returning to the 3 Bar Ranch for the last 21 years of his life.

He is survived by his wife, Pippa, of 51 years and by his children, Tom Hubbard (Pam), Anna Robinson (Tri), their children and grandchildren, Matthew Hubbard (Lisa) and their children.  He was “Uncle Ame” to his nieces and nephew, and all of their children.

Amory was married in 1954 to Helen Fordyce and they were later divorced. He was predeceased by his parents, his daughter Marian, his brother and sister, and a niece.

A private family funeral is planned in Broadus, MT and the family is planning to hold a Celebration of Life at a later date.  Donations may be made to St. David’s Catholic Church in Broadus, MT.