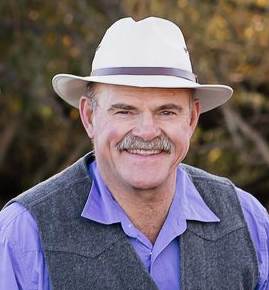 The world is a little sadder place with the passing of Ernie Carlson, 66, on August 14, 2020. He was born in Circle on April 17, 1954 and grew up on Prairie Elk, attending Prairie Elk School and graduating from Circle High School in 1972. From his youngest days, his musical talent and genuine interest in people made him a friend of many. His ready smile and wave will be missed in the Circle community and beyond.

As a young man, Ernie worked for the Circle Elevator, the county road crew, and Cenex before farming and ranching on Prairie Elk from 1985 to 2005. He loved sustainable agriculture, farming organically long before it was popular and building an intensive grazing system on the rangeland. His sweet clover fields were visible for miles, and his pasture raised pigs were the tastiest around.

Ernie started a roofing company in the late 90s, and for the last 20 years of his life traveled all over the state doing commercial and residential roofing. If you stand on a high hill over pretty much any eastern Montana town, you will see his white Conklin roofs gleaming in the sun. As a boss, he earned the greatest respect and loyalty from his crews. He began each workday with a visit in the yard and somehow had a way of turning mistakes into learning opportunities and making hard work seem fun.

Ernie was curious and creative about much more than agriculture and roofing, reading and studying a wide variety of topics throughout his life. A conversation with him could move seamlessly from history to politics to psychology to nutrition. He genuinely cared about people and never had a shallow conversation, even with a stranger he had just met.

From childhood, Ernie honed and shared his musical gifts. He began playing the fiddle at age 5 and the guitar as a teenager. By the time he reached adulthood, he was a champion fiddler, winning many a fiddling contest, including the Championship Division of the Montana State Old Time Fiddler’s Contest in 1978. In spite of those early accomplishments, he considered the last five years of his life to be his best and richest musically. In 2015, he had a devastating heart attack, and in 2018 he lost his son Lee to cancer. Out of those struggles flowed around 25 original songs describing his experiences with loss and joy and gratitude and faith. Some are light and humorous, others profoundly deep. All of them capture some aspect of a life well-lived.

For all of his accomplishments musically and professionally, Ernie’s greatest impact will always be in the way he loved people, especially his kids. His son Lee described him as a gifted father, always looking to foster and encourage the best parts of people, always looking out for the best interest of others without any agenda of his own. He leaves behind a lasting legacy of unconditional love, evidence of his whole-hearted, authentic way of living.

Throughout his life, Ernie made and kept friends far and wide, remembering the names of literally everyone he ever met. He will be loved and missed forever, remembered for his songs and stories and open, honest way of being. He is survived by his mother Pearl Nickels, brothers Robin and Brad Carlson and Todd Wagner, stepson Shanon Moline, daughter Linzy Carlson, and granddaughters Guildy, Hadley, Talby, and Paisley. He was preceded by his father Bill Carlson and son Lee Carlson.

A memorial service for Ernie will be held Sunday September 6th at 2:00 p.m. at the Circle football field. Please observe any social distancing and mask mandates that may be in effect.