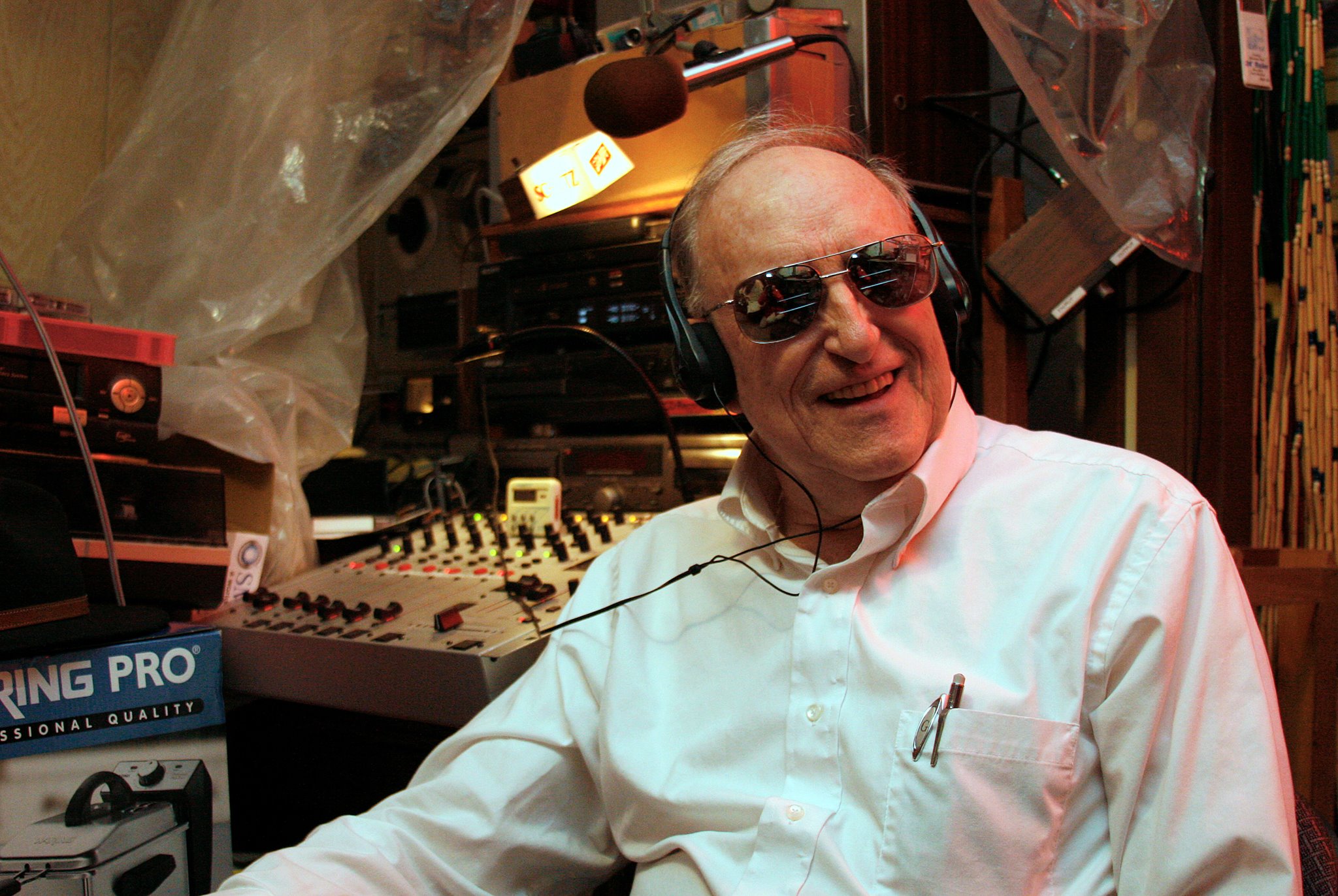 Through the years Gene Larson spent thousands of hours preserving historical images of this town, Miles City, his “little corner of the world.”

Larson was born in Salina, Kansas, to Lee Robert and Anna Gertrude (Lindgren) Larson, in the Dust Bowl days of 1935. During World War II he and his family lived back and forth twice between Kansas and Seattle, Washington. During the last time in Seattle he left in 1976 after 25 years there. Then, after living in Pennsylvania, West Virginia, New Mexico, and Utah he found his way to Montana and settled in Miles City in 1985.

Few art classes were available through his regular school years and it wasn’t until 1982, twenty-seven years following high school graduation, that he earned an associate degree in Commercial Art from Utah Technical College in Salt Lake City.

Previously he worked for Boeing Airplane Company for eight years and then began his radio broadcasting career in Seattle, leading to eleven-plus years in that profession in various places.

His happiest years in radio occurred in Seattle while working for KAYO, a country music station. The station brought to town the super stars of the late 1960’s and mid 1970’s. Larson had free-run of the Seattle Opera house backstage, private busses, hotel rooms, and various live performance areas of the country stars. Among those he interviewed were: Dolly Parton, Marty Robbins, Loretta Lynn, Charley Pride, Hank Snow…… some forty of them. His most memorable interview was with his childhood hero, Roy Rogers.

In more recent years, he produced a four-CD set of interviews, each followed by a top recording hit by that particular artist. It was not saleable due to the expense it would cost to license the music played on the discs, so the set was passed around to interested friends for their entertainment.

Among other notables either interviewed or visited by Larson were: Duke Ellington, Sarah Vaughn, Billy Eckstein, Woody Herman, George Jessel, and “Lonesome” George Gobel. He also met Dan Rowan and Dick Martin from the early TV series “LAUGH-IN” and drew graphite pencil poster depicting the show which he presented to Rowan and Martin at Sea-Tac Airport near Seattle.

Also during his Seattle era, his artwork interests continued to show when he made a large poster depicting old radio programs done entirely with all colors of Paper-Mate felt tip pens. He gave permission to a local radio station to run 30,000 copies of it to distribute publicly and to use in advertising their nighttime old radio shows.

After arriving in Miles City, Larson finished a project he’d begun while in art school. Using wash and lamp black dry-brush technique, he completed illustrations for books on the life and times of “Fibber McGee and Molly,” a popular old-time radio show.

Larson first became public in Miles City when he won the “Miles City Centennial Logo” contest run by the Chamber of Commerce in 1987. In that same year his 22” x 30” graphic pencil poster “COWBOYS OF THE SILVER SCREEN” took first place at the 8th Eastern Montana Juried Art Show at the Custer County Art Center.

In the late 1980’s, as a result of his earlier association with Miles City’s Chamber of Commerce, he was commissioned to create illustrations for a calendar of historic structures and views of Miles City. This peaked his interest in preserving local history. Three more non-commissioned calendars followed, which helped in his survival, thanks to Dee and Alice Walden and their (former) Wool House Gallery. Each calendar was a “labor of love” since twelve illustrations had to be done in ten months to ensure the production of each calendar. Thereafter, he concentrated on producing historic prints for the public.

In 1997, he did artwork for “A NIGHT AT THE RADIO,” an old-time radio cassette subscription package sold nationally.

Then in 2007 he was given an “Honorary Cultural Ambassador of the City of Miles City” award presented by Mayor Joe Whalen, in association with other dear friends, as a complete surprise.

In 2011, after they took out half of his liver, his dear friend, Diona, asked if he shouldn’t start deciding what should be done with things that are precious to him. In question was all his recordings of interviews he did with the country music stars while a broadcaster in Seattle. During these interviews, Gene took on the persona of “Grandpa” and had some real fun with them. Low and behold, Diona got an email back from the Country Music Hall of Fame and Museum wanting his recordings for a display! He couldn’t believe it! So now the interviews are in their capable hands, keeping them safe where all can listen to them when they visit the Country Music Hall of Fame and Museum.

Gene wanted to be cremated and put in a Maxwell House, Good to the Last Drop coffee can. So an eBay search was done and the girls came up with a vintage one with an engraved top. A label will be added saying “Good to the Last DOT!” Dotman, Gene Larson, February 24, 1935 – July 23, 2014. Gene will be placed in the family plot at Rosehill Cemetary Plot B2 in South Haven, Sumner County, Kansas.

Larson became irritated when referred to as a “sketch artist.” SKETCHING is comprised of solid lines of various lengths and widths their amount and spacing to create the illusion of being photographic (and it takes hundreds of thousands of dots to produce an illustration). The dot method is known as STIPPLING, or officially, POINTILLISM, therefore he persevered to be called a POINTILLIST or an ILLUSTRATOR. Pointillism evolved through neo-colored dots (by brush) which the eye would “mix” into other colors nonexistent on the canvas. Nearly all of Larson’s work consisted of black ink on white paper, using a pen point about the size of a human hair and usually took hundreds of hours of work per illustration.

And Larson was always thankful and appreciative of all the people who offered support and encouragement in …. “MY LITTLE TOWN” ….. of Miles City, Montana.

Gene died Wednesday, July 23, 2014, in Hospice care at Holy Rosary Healthcare with Jules at his side.

Gene was preceded in death by his mother and father, a baby sister, and a brother, Michael.

Gene is also leaving behind a wonderful group of caring friends that were there until the end including his best friend, Cartoonist Barry McWilliams, his ‘Dotta’ Diona Austill (Jerry), his ‘granddotta’ Jules Austill, his ‘sis’ Kaye Ailport (RJ), his ‘neice’ Mandy Kueffler (Jeremy), and his ‘Dotta’ Ronda Worlie (Dave), and many other wonderful friends who visited and comforted Gene in his final months.

Gene did not want a funeral. A celebration of Gene’s life will be held at a later date. In lieu of flowers, donations can be made to Stevenson and Sons Funeral Home to cover the expenses occurred for Gene’s final wishes.