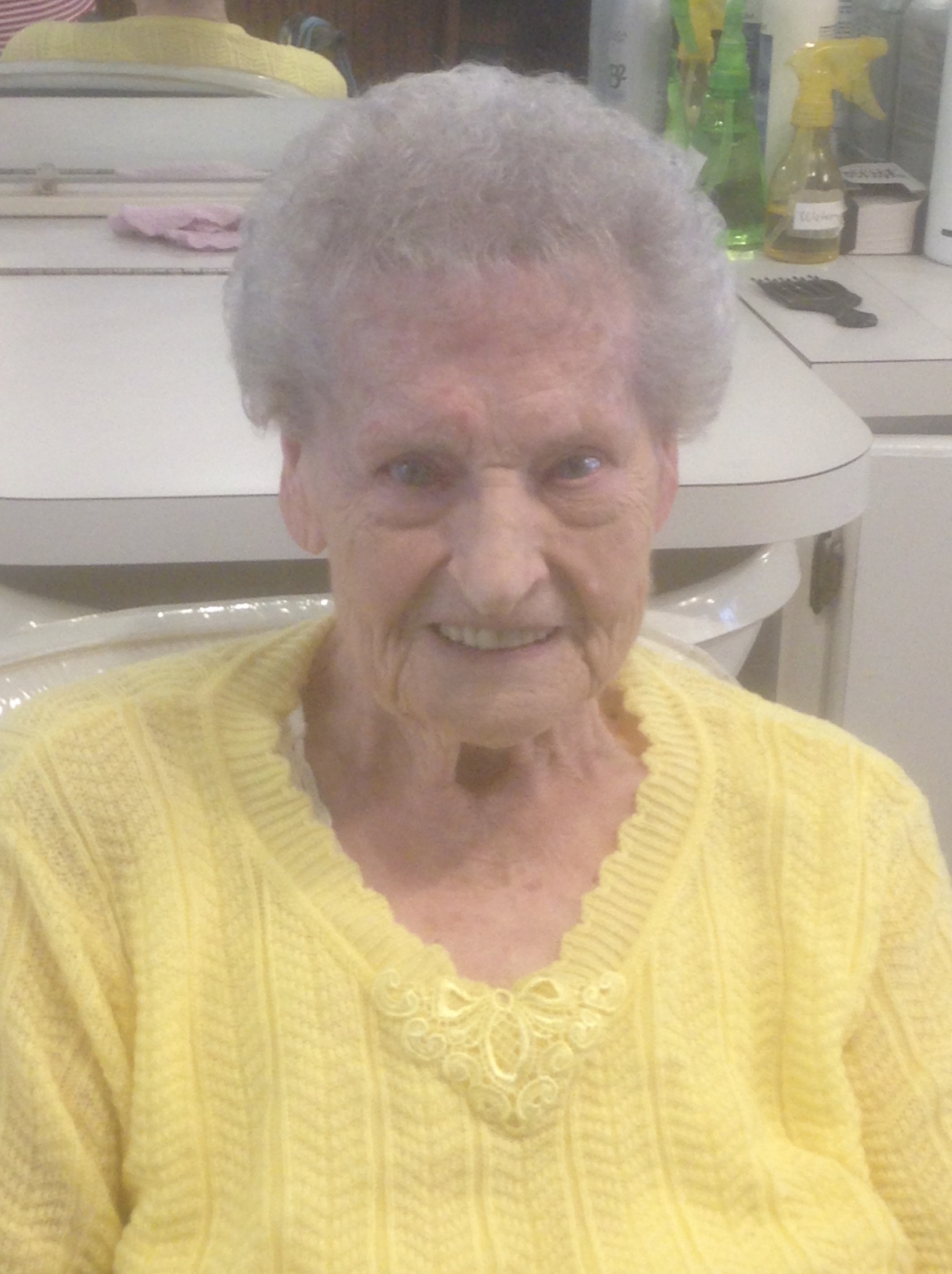 Hazel Marie Van Dalen Richardson was born on a farm in Monroe County (Albia), Iowa on March 20th, 1924. She was the youngest of five children born to Ira and Lenitta Van Dalen. She attended a one-room rural school through 8th grade and graduated from Albia High School with a normal training certificate. Since she was too young to teach, she attended one year of Albia Junior College.
Hazel began her teaching career in the one-room schools in Iowa. Since this was right in the midst of World War II, she and the school children aided in the war effort by gathering milkweed pods (kapok) to be used for life jackets.
Hazel met and married James L. Richardson while he was stationed at the Ottumwa, Iowa Naval Air Base. One-week later Jim received his discharge and they returned to his home state of Montana where she has resided since. From this union, four children were born, Lee, Mark, Connie and Judy. Hazel and Jim were divorced in 1970.
Hazel resumed her teaching career in the rural schools of Montana. She returned to college and received her degree in Elementary Education from Eastern Montana College. She continued teaching for a total of 20 years, including two years of private kindergarten. After returning from teaching, Hazel spent the next several years caring for the elderly in their homes until her own health forced her to retire.
Hazel was a 50+ year member of a homemaker club having served as county president in both Cascade and Custer County. She was voted Homemaker of the Year in 1990. She was also a member of Retired Teachers and AARP.
Hazel enjoyed playing cards (especially bridge), doing crossword puzzles, playing Scrabble, and reading. In her earlier years, Hazel was an avid bowler and also loved the hunt and fish. She was a lifetime member of the First Christian Church, now known as the United Christian Church.
She was preceded in death by her parents, her son, Mark, two brothers and two sisters.
Hazel is survived by her son Lee (Amber) Richardson of Miles City, MT; daughter Connie (Dan) Best of Seaview, WA; daughter Judy (Truman) Bovee of Shepherd, MT; granddaughter LeAnn (Steve) Zumph of Miles City, MT; grandson Jeramia (Sherri) Braaton of Lindsey, MT; grandson Josh (Erin) Bovee of Lee’s Summit, MO; granddaughter Lori (Brian) Parr of Silver Spring, MD; granddaughter Alisha (Ray) Belmontez of Shepherd, MT; twelve great-grandchildren and one great-great-grandchild. Hazel’s family also blessed her with numerous additional family members through marriages.
Private family services will be held at a later date.
Memorials can be made in Hazel’s name to the Miles City Library and the United Christian Church.