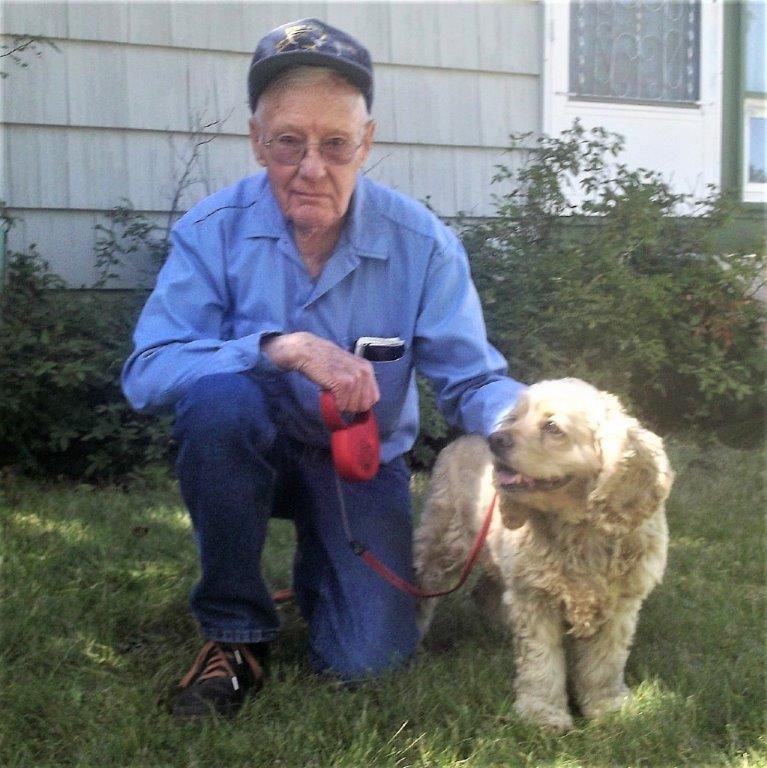 Henry A. (Bus) Morris passed peacefully late on November 14, 2019–just in time to join his wife, Charlee, in celebrating their 67th wedding anniversary on the 15th.

Bus was born at the home place (located about 18 miles west of Newcastle, Wyoming) on August 8, 1928 to Ben and Edna Morris. He was the eldest of eight children. From childhood, he was known as Buster, which was eventually shortened to Bus by his eighth grade teacher. It was an easy way to determine whether the speaker truly knew him. If they called him “Henry”, they did not.

Bus lived a life that was a reflection of his beginnings. He was always humble and always willing to pitch in to do whatever needed to be done. Bus was a quiet man, although once a conversation was going, he was a delightful participant. His family and friends are most thankful for his book, “They Called Me Buster”, because he shared his recollections of his life. Typical of him, rather than pride in his book, his favorite part was the memories it stimulated others to share. He truly saw many changes in the world during his lifetime. He shared his perspective on that history which would have been lost were it not for his book.

Bus was valedictorian of his high school class in Newcastle in 1946. Although he had a 4 year scholarship to the University of Wyoming, he went back home to help put the younger kids through school because of his father’s poor health. He enrolled in the Billings Business College in 1951, attended for a year, and completed the two year course.

In June 1952, Bus was drafted into the Army. Prior to being stationed in Berlin, he returned on leave to marry Charlee Pitchford in Roundup. He told her to pick a day in November for the wedding although he wasn’t certain when he would be back. She picked the 15th and he made it back for the wedding. After being discharged from the Army, he worked in Billings briefly although he never liked the bigger city.

In January 1959, they moved to Miles City and Bus went to work for L.P. Anderson–first for Great Northern Drilling Co. and then for L.P. Anderson Contractor. L.P.’s was like a home away from home and, to the end of his days, he loved to talk about those times. Officially, he was the bookkeeper; however, if anything needed done, he was willing to take on the task. L.P. sold the corporation in 1982 and Bus was one of the shareholders that bought it. At that time, they moved to Glendive. He continued working there until he retired.

Bus was a brave man although he really didn’t know it. In 1962, he had an encounter with a lawn mower that cost him half of the four fingers on his left hand. He drove himself to the hospital and only missed two days of work. The only real concession he made was to use a manual typewriter for the rest of his life.

Charlee passed away at the Eastern Montana Veterans Home (EMVH) in Glendive on August 7, 2010 after a period of ill health. Bus put in countless hours volunteering at EMVH, both before and after her passing, and received recognition for that service in 2013. He also served on the Foundation which he took very seriously and enjoyed. Bus considered the people there to be family and not just friends. He treasured his friendships with them, including the special friendship he had with Lu Prescott after Charlee passed away.

Bus was proud of his military service and of being a lifetime member of the VFW.

Bus was truly a man that walked the walk instead of just talking the talk. He will be missed.

Bus was preceded in death by his parents, Ben and Edna, two brothers, Jim and Dick, and his wife, Charlee.

Memorials may be made to the Range Riders Museum in Miles City, MT, the Frontier Gateway Museum in Glendive, MT, or to the charity of one’s choice.

A graveside service will be held on Monday, December 2, 2019 at 11:00 a.m. at the Custer County Cemetery in Miles City with full military honors.  Please dress casually in respect of the values and preferences Bus had in life. Condolences may be sent to the family by visiting:  www.stevensonandsons.com.