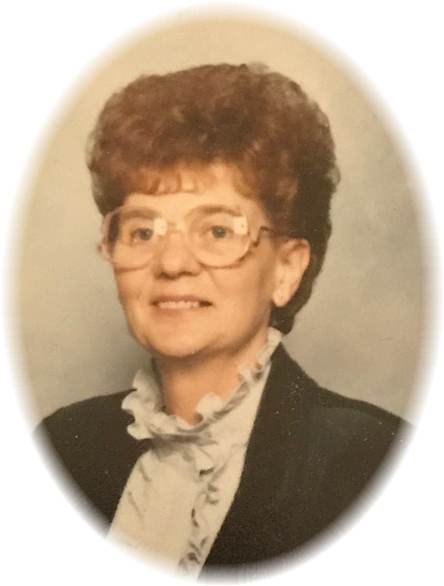 Janet White Pearce was born in Mercer, Pennsylvania, on April 21, 1929, to Ruth and George Pearce and went home to the Lord on February 3, 2021. Janet married Ted Chambers and the couple resided in Grove City, Pennsylvania. They had three children, Sharyn, Cynthia, and Bobby. Janet was very close to her parents and moved to Miles City, Montana, in June of 1958 to be close to them when her marriage ended with Ted and she suffered the loss of her brother, Charles. She spent her time working at the Red Rock Village in Miles City, raising her children and learning to drive a car. Janet’s faith was very important to her and she read scripture daily while attending First Christian Church. Learning to drive was very important to avoid walking on cold snowy mornings to church. Janet met and later married LeRoy Jordan on May 10, 1968. They made their home in Brockway on the Jordan ranch. The following year Janet’s middle child, Cindy, lost her life in an automobile accident. Later in 1969, Janet gave birth to twins, Karl and Karen. Janet enjoyed spending her time with the local Brockway Homemakers Club, attending church services at the Assembly of God Church, and being a rancher’s wife. LeRoy and Janet loved ranching and farming and bought a second farm located in Molt. In the earlier years they raised cattle, sheep, pigs, and ran a trucking business. Bob and Karl worked the farms with the folks. Janet and LeRoy enjoyed attending the Miles City Bucking Horse Sale, the Eastern Montana Fair, and Brockway Dairy Day. Janet loved to travel and spent time visiting her children and grandchildren domestically. In addition, she took a trip to Russia and Germany to visit her daughter Karen. Janet was always strong in the face of adversity. She was an avid reader and studied the Bible faithfully. Janet moved to Miles City in 2006 to be close to medical facilities. She lost LeRoy to the Lord in 2011. She was always welcoming and had a big heart. Janet’s life has been filled with the love of her 5 children, 12 grandchildren, 21 great grandchildren, and 5 great-great grandchildren. She will be missed by all.

Services are being planned for this spring. Announcements will be made when a date is set.