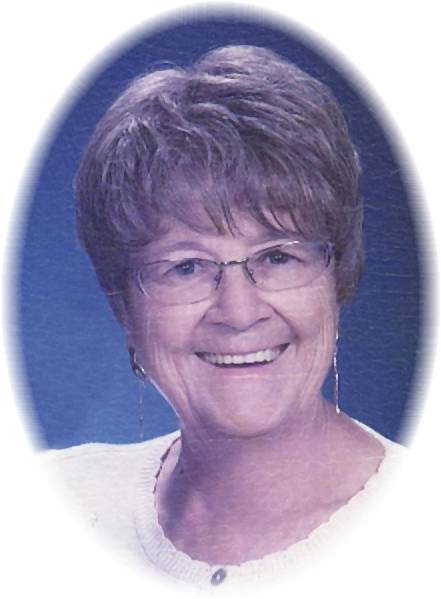 Joan Louise Groh, age 81 went to be with our Lord and savior August 14th at 9:34 a.m. after complications from pneumonia with family by her side.

Joan moved with her family to Montana in 1954 not long after her sister Kay was engaged to be married to James Schriver and she met his nephew James Groh who would turn out to be the love of her life. After a very short courtship they were married at Saint Francis Xavier Catholic Church in Circle Montana at 7:00 a.m. June 18th, 1956. They were blessed with 2 children Tracy Joe, and Darcy Louise. She proudly chauffeured them and several friends to many rodeos and roping’s throughout their high school years.

Joan and Jim were true partners and she supported and worked with him on the family place while always working on some new project that she had fully educated herself on. Many of these projects she later involved her grandsons Joe and Josh with. One such was 3J’s Rabbitry, together they raised several breeds of registered rabbits that they traveled to shows all around with becoming well known in the ARBA. Another was crafting and going to craft shows often they did together and would have her little Ford Aerostar packed to the brim with rabbits and crafts. Creating many wonderful memories for her and her grandsons. While doing all these crafts she was also a partner with girlfriends in a very nice craft store in Circle called the Redwater Pearl.

Over the years tried her hand at raising Appaloosa horses, many kinds of birds and even Guinea pigs which she sold the pet stores.

She even surprised her husband with a flock of sheep one year which turned out to be a very good investment and they raised them for many years.   Then her focus turned to the cattle which she converted to a registered Salers herd and focused on raising quality bulls that that she would drive to shows and sell herself. She then later became secretary of the Salers association.

She was very active in the community and passionate in the Circle Rifle Club being a hunter education safety and rifle shoot instructor where she taught countless students for over 25 years.

After they retired from the farm and moved to town Joan with her mind always hungry for knowledge and wanting to help others decided she wanted to become a chemical dependency counselor. At 57 years of age, she graduated from college with honors Phi Theta Kappa which she was very proud of as were we. She then took a position in Miles City where she worked for several years and later retired.

Joan became her family’s first world traveler as her and her sister traveled overseas on a spiritual pilgrimage in 2006 to Medjore. This trip was very special to her and she spoke of it often. Afterwards her new passion had become making addiction and cancer prayer beads as the project grew, she taught and encouraged others to help with it and keep it moving forward. For the last 20 years she raised and showed champion Chihuahuas.

Over the years she made and crocheted blankets, baby beanies and booties for newborns that she donated to hospitals shelters and orphanages, as well lap afghans for nursing homes and cancer patients the list goes on and on. There was no one that she didn’t think of that she could possibly help and did this until she was no longer able to while still in the hospital.

She had a loving giving heart that was bigger than she was, and she did everything with great love and Passion.

Joan lived her life to the fullest accomplishing everything she set her mind to with a faith in God and a love for her family.

A funeral mass will be held on Tuesday, August 31, 2021, at 11:00 a.m. at the Sacred Heart Catholic Church in Miles City, MT. Inurnment will be held later in the Riverview Cemetery in Circle, MT. Condolences may be sent to the family by visiting: www.stevensonandsons.com. Should friends desire, memorials may be made to the charity of one’s choice.