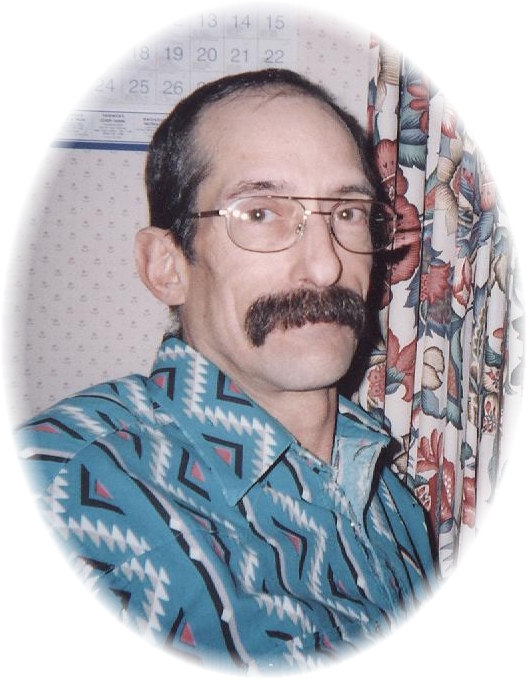 After graduation from high school, John worked in the mountains around Jackson Hole, WY.  He went to Spearfish and worked for a time as a driller’s helper, and eventually went to work for Homestake Forest Products.  He went into logging, buying log trucks with loaders and carried logs to the mill until the mill burned down in 1979.  He hauled for several mills in the area until Pope and Talbot was built, and then hauled for them for several more years.  During spring break up, when he couldn’t haul logs, he worked as an electrician’s apprentice in the rebuilding of the sawmill.

In 1994, John moved to Montana and worked hauling logs for Northern Cheyenne Pine Company in Ashland until they sold out.   He sold his trucks and thought he was done with that business.  He moved to Billings and loaded pulpwood onto rail cars for a time.

John moved to Broadus and met Patsy Canon Ridenour on Mother’s Day, 1999.  He was holding Patsy’s newest grandchild, Jacob Edward Bird.  Pat and John became fast friends – walleye fishing and hunting in their spare time.  John was working for Tracy Fortner’s Little River Enterprises in the sawmill and driving truck until the sawmill burned to the ground.

In August of 2000, John went to work for Ag Express out of Billings.  He drove truck coast to coast for 2 plus years; being gone most times for 30 to 40 days at a time. John and Pat were married in June 2001 and he wanted to be home more, so he went to work for Rich Higgins in the building construction business.  He loved building and improving his skills in that line of work.  He learned a lot from Rich and enjoyed his time with him as a friend.  It was during this time and that John took an interest in making denim and flannel quilts – Rag time Quilts.  He made 28 quilts and gave almost all of them to family and friends.  He also took up wood working as a hobby, light construction, building decks, and improving appearances of things as he worked.  He started making wooden items and took great pleasure in giving his friends a juniper or cottonwood wishing well pen holders or candy bowls, or maybe a bird house.  He made wooden wall quilts up to 24” square.  One such piece had 540 pieces in it.  Everyone of the wood wall quilts was a star pattern.  He also spent time fishing on water or ice taking his faithful dogs, Fay or Lanie, with him.

John began employment with Powder River County as a truck driver and blade operator.  He continued to perfect his craft as a blade operator and worked until August 2009 when was diagnosed with inoperable small cell lung and brain cancer.  He had been a real trooper taking chemo and radiation treatments and seldom complained about his lot in life.  He stayed busy in the garage improving his surroundings and building wooden items that he took pleasure in making for friends and acquaintances.  After cancer treatments, John was employed by Broadus Boot & Tack for several years as a boot cobbler, tent maker & he made other items from leather.

John and Pat lived in the pine hills a few miles from Broadus where they enjoyed their hobbies and family get togethers.  As many of you know, John fought alcohol & drug addictions for years.  In 2016, he entered a rehabilitation program for 6 months & was able to curb the disease.  He was very proud to have 1373 days clean & sober at his passing.  Thanks in part to attending weekly AA meetings. Life handed John more health problems for the balance of his years.  He contracted pneumonia & COPD and was put on oxygen, which somewhat limited his strength & mobility in the employment realm.

Services will be held @ 11 AM at the Congregational Church on Saturday, January 11, 2020.  Pastor Nick Knobloch will officiate with Sherwood MaKay offering the eulogy.

Memorials may be made to Broadus Vet Clinic – AVMF – Spay & Neuter, Henry Malley Memorial Library, or the charity of one’s choice.