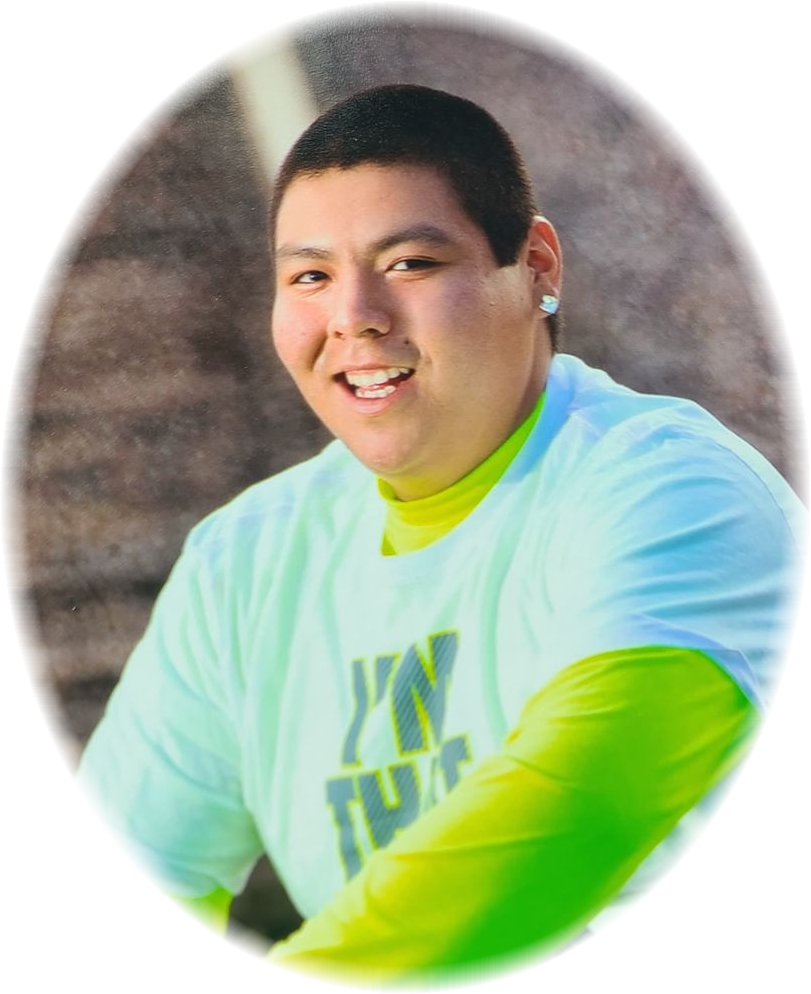 On September 12, 2020, Johnathan Lane Hogan, Sr., 26 went home with the Lord. He was born on June 12, 1994 to Carl and Maryann Hogan Eastman. He was raised by his Grandparents Lloyd & Valerie Hogan Jr., and his adopted Mother Eliza Not Afraid. He received his Crow name Deaxkaashkooshish, “Whistling Eagle” from his Grandfather George “Sonny Joe” Reed. He was a Big Lodge and Piegan child.

Johnathan grew up in Benteen, Crow Agency, Hardin, Billings and Sioux Pass. He attended schools in Crow Agency, Hardin and graduated from Lodge Grass High School in 2013. While attending Crow Headstart he was on a Crest Kids Billboard near Crow Agency for not having any cavities. In high school, he excelled in basketball and loved the game of football. His favorite NBA team was the Los Angeles Lakers.

In 2014, he met the love of his life Rachel Burland. Together, they lived in Billings and Sioux Pass and recently made their home in Hardin, MT.

While living in Billings, he worked at Burger King and the Holly Sugar Beet Factory. Upon moving to Sioux Pass, he was the care taker for his Grandfather Artie Not Afraid and also worked as a Ranch Hand on the Carter Miklovich Ranch. He was most recently employed at McDonalds in Hardin.

If in our time of grief, we have forgotten your name, please forgive us.