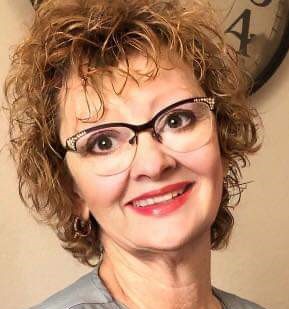 Laurie Stark Dye, was born July 10th, 1960, in Rapid City, South Dakota, to Vernon and Muriel Sprague. Being a highway patrolman’s daughter, she spent her formative years in Sioux Falls, Kadoka, Hot Springs, and Rapid City, depending on where Vernon was stationed.

Laurie graduated from Rapid City Stevens class of ’78. She went on to get a degree in medical assisting from National College. While in school, Laurie met Anthony Stark, whom she married on July 19th, 1980. For the next eight years, she worked in the medical field throughout South Dakota.

On February 7th, 1988, she gave birth to her only son Tyler. For the next 11 years, she continued in the medical field while pursuing numerous other passions on the side. In 1999, Laurie Welcomed Courtney, Britney, Whitney, and Caitlin into the family through adoption. She stayed at home with the girls while they were in school. She went on later to own a dress and tux rental business in Miles City, Mt.

In 2019, she moved back to Rapid City, where she met and married Gordon Dye. Her last year was spent in Miles City, Surrounded by her family and friends. On July 5th, 2022 Laurie passed peacefully surrounded by family.

Laurie had a zeal for life that was unmatched by many. Her grandchildren and kitties were her shining lights. She loved to give both her time and her talents to help others. She was an avid fan of Manchester United, the Raiders, and the Griz.

Laurie is survived by her brothers Russ (Denise) and Jim; Her children Tyler (Brittany), Courtney, Britney(Stephen), Whitney, and Caitlin; Her grandchildren Brixton, Grant, Abram, Walter, Penner, Montgomery, Zebedee, Ezra, Zayda, and Amelia. She is preceded in death by her parents, Murelle and Veron, and Grandson Alexander.

A memorial service will be planned for a later date. In lieu of flowers, please donate to your local animal shelter.