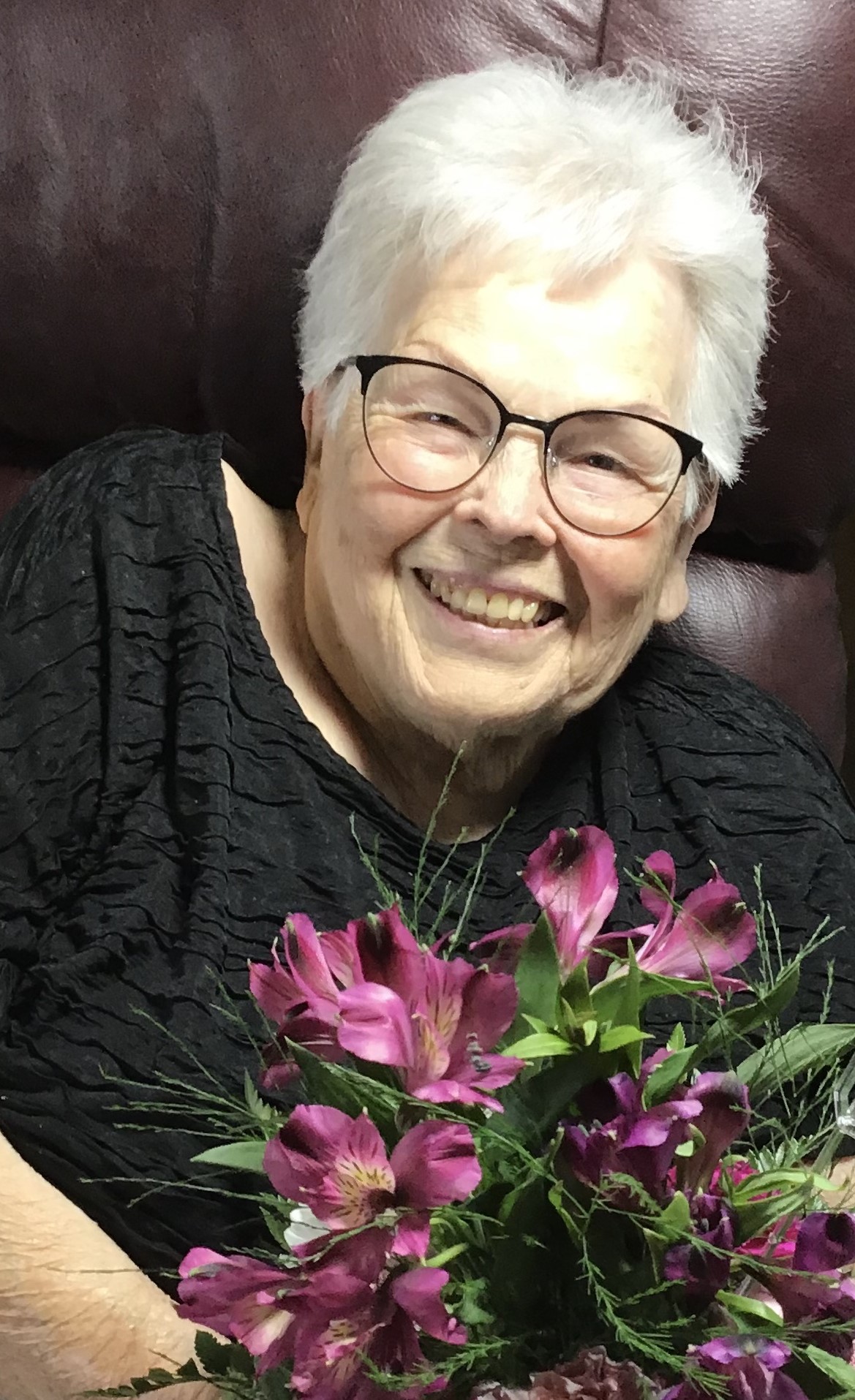 Mareta Ardis Jensen Brusett passed away November 25, 2021 in Jordan with family at her side. She was born May 2, 1930, in Lebanon, Kansas. Mareta was the fourth of nine children born to Marenus and Ella (Klindt) Jensen. Her dad was a pastor, they moved often and with such a big family, she could only take one suitcase with her at each move. Perhaps it was this early practice that caused her to value relationships and experiences more than possessions. Her family traveled to one new adventure destination each year and she kept that up throughout her life. In high school, a favorite song was Bing Crosby’s “Far Away Places.” “I’m burnin’ to see those far away places with strange-soundin’ names, that are callin’, callin’ me.” Mareta traveled to all 50 states, six continents, “too many countries to count,” and around the world three times.

Mareta started first grade at age eight but spent the days helping her classmates since she’d already read the complete 20 volume Book of Knowledge at age six. Around the same time, she asked how babies were made and was referred to her mother and daddy’s nursing textbooks.

Mareta attended Valley Grande Academy in Weslaco, Texas and was the yearbook editor. While attending Union College in Lincoln, Nebraska she was editor of the school newspaper, the “Clocktower.” She majored in English and graduated with honors. At Union, she met Harold Brusett from Brusett, Montana. She noticed him right away because he was tall, had curly blonde hair and drove a red convertible. He convinced her to skip classes to go to basketball games. Daydreams of horseback riding into the sunset caused her to say “yes” to a life in Montana. Mareta’s daddy was officiant at their wedding in 1952 and included in the vows a promise that she would come home to visit once a year. She only missed twice (the summers Randy and Bonnie were born). When Mareta and Harold got to Montana, they lived with Ed and Helen Brusett for the first year then in Kenneth and Ruth Butts’ bunkhouse while they taught school and saved money to buy cattle and land.

Mareta taught at the Green Ridge school starting in 1952, then Blackfoot school, then in Broadview, then back to Green Ridge, and Garfield County High School in Jordan from 1966 until she retired in 1996. She was affectionately known as “Ma” to her students. She taught English, history, journalism, photography, and was the librarian. She was faculty sponsor for the “Sagebrush Saga,” the school newspaper, and yearbook, the “Remuda.”

For the birth of daughter Tara, Mareta’s own mother was the delivery room nurse and commented that Mareta was the most cheerful and smiling laboring patient she’d ever seen. Mareta chose to make the best of any situation and only complained when dealt a bad pinochle hand.

Mareta was a partner in the Hell Creek Marina and enjoyed spending time at the cabin, often loading up grandkids in her white Subaru hatchback to go to the lake. Her voice was strong and clear while telling stories around the campfire and people in neighboring cabins could enjoy the stories too!

She was a founding member of the following: Blackfoot Home Demonstration Club, Garfield County Historical Society, and the Big Dry Players. She wrote many skits featuring the Golden Girls and always played Rose. She was integral in bringing the Missoula Children’s Theater to Jordan. She served on the Fort Peck Interpretive Center and Missouri River Country Tourism Boards, was a Montana Book of the Year judge, and a member of at least two card clubs at all times.

Mareta collected hundreds of cookbooks but never referred to them when making vegetable soup or date cookies. She collected elephants, mostly from her travels, but also gifts from family and friends.

She loved well and was well-loved. Mareta wrote in her autobiography, “I hope my children learned to care for and be tolerant of other people. And to trust in God that things will work out all right in the end.”