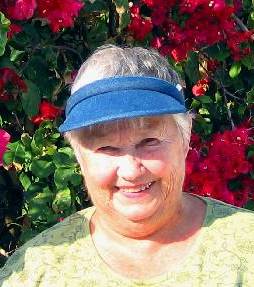 Marjorie Alice Branger, age 80, of Miles City, was peacefully taken from us with her family at her side on October 5, 2012 after battling lung cancer.

She met and married the cowboy of her dreams on May 28, 1954.  She and her husband David moved to the family ranch in Roscoe, Montana after graduation where they raised their family and lived for 40 years, raising registered and commercial Angus cattle.   Adventuresome souls, Marge and David were always looking for some new form of excitement which included driving to Alaska and traveling north of the Arctic Circle in 1963 to bring home six reindeer in the back of their pickup.  This venture led to trading reindeer for llamas, and raising elk, something that the entire family never considered unusual.  Horseracing led the family on a variety of adventures, but home was always back at the ranch.

Marge was an active member in the Emmanuel Episcopal Church in Miles City, The Powder River Chapter of the Daughter’s of the American Revolution, and The Custer County Art Center, where she cultivated many wonderful friendships. She truly loved painting, camping, traveling, and spending time with her family.  She was interested and always inquisitive about archaeology and paleontology.

Cremation has taken place, and a private family service will be held at a later date.  Stevenson and Sons Funeral Home in Miles City is in charge of the arrangements.  Condolences may be sent to the family below.

Should friends desire, memorials can be made to the Custer County Art Center Foundation, PO Box 1284, Miles City, Montana 59301.