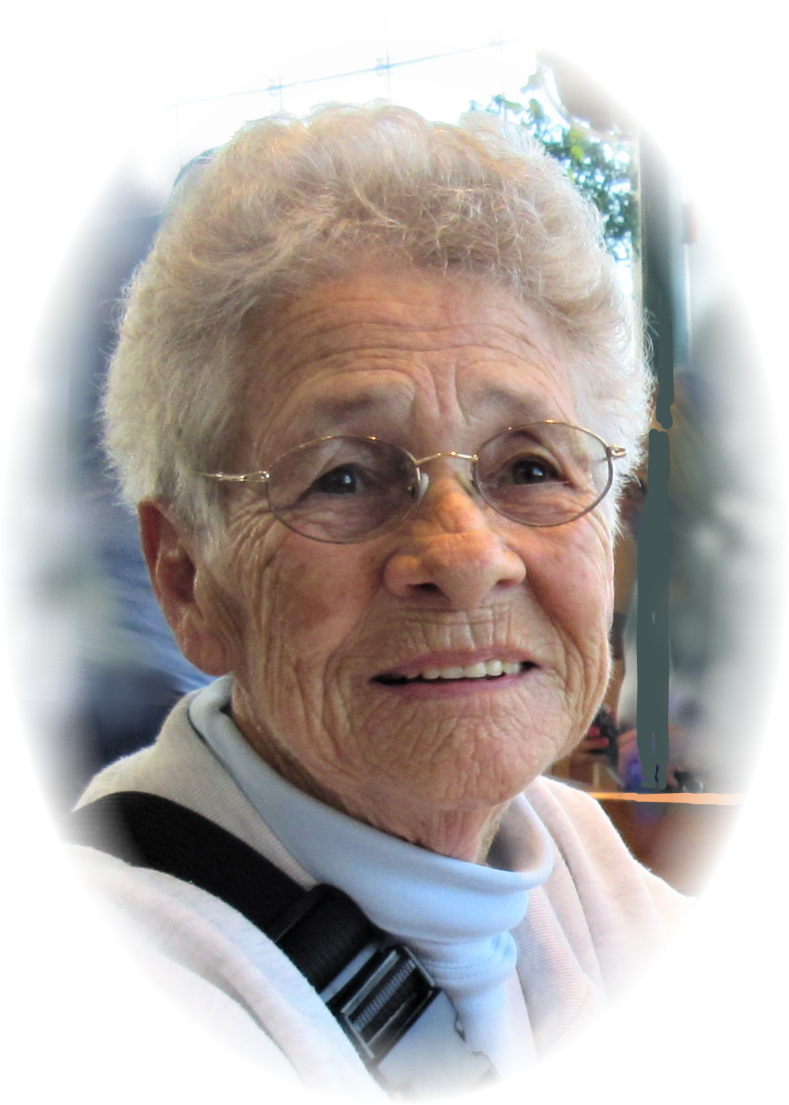 Mary Yvonne (“Y-vonne”) Lancaster passed away in the early morning on Monday, May 13, 2019, after fighting lung cancer first diagnosed in July of 2016.  Mary was born December 26, 1935, in Broadus, Montana.  She was the fourth child of Walter Wesley and Vanna Lavina Letricia (Boner) Embrey.

Her birth is especially notable because Walter, without vehicle transportation at the time, walked the 17 miles from the family homestead to Broadus to see Vanna and the new baby girl.  Family memory does not recall how they all got home, but it was likely a more comfortable trip.

The Embrey homestead was located on Burdette Creek, east of Broadus.  Life included all of the joys of playing with her two older sisters, Bert and Lula May, older brother, Bill and later, younger brother, Gene.  Photographs of those days show horses, dogs and family as the priorities (we’re not sure in what order) and adventuring, chores and occasional trips “to town” filling in the years.  Card playing was a staple – then and throughout life.  Mary was also a voracious reader of western and romance novels.

In a school assignment her junior year of high school, she wrote her “life story” to that date.  She described herself as “terribly shy”, “never got into very much mischief at home” and was taught to “be seen and not heard when out in public.”  While shy her whole life, it is likely that many friends (and even some family) did not know it.  She never pretended to be anything she wasn’t.

She continued, “honesty, kindness, loyalty, friendship, family love, health, good morals, obedience, and democracy are the most important things in life.”  There you go!  We laugh when we read her next paragraph: “If I’m not married by the time I’m 21, I will never get married… every family should have a maiden aunt, and I think I’d fit that job real well.”  The next page of the story was penciled in later, “Well, I did not become an old maid, instead I married a wonderful red-headed man by the name of Grant Lancaster”.  The wedding was August 4, 1954.  They were in love and stayed there forever.

After Grant’s passing in 1983, also of lung cancer, Mary took on a variety of jobs.  She served a short stint covering Justice of the Peace duties formerly held by Grant (a job she did not like), school bus driver for Ken Jesse, hotel maid for Jean Hough and Steve Held, and a dishwasher at the Cashway Truck Stop for Eunice Hereford.  However, when her kids were asked what Mom did, the immediate answer was “be a Mom,” a calling she took up in 1955 and never stopped.

The family would like to thank the caring staff of the Powder River Clinic and that of the Powder River Manor where, although her stay was only a few hours, she received extraordinary and compassionate care.  The “Boys” add a special thank-you to sister Van, who has been there for Mom through thick and thin.

Memorials may be given to the Powder River Manor, Powder River Senior Center, or to a beneficiary that any donor believes would honor her memory.

The family has scheduled a Celebration of Life for Mary on Saturday, June 15, 2019, with a short service graveside at Valley View Cemetery in Broadus, Montana with a gathering of friends and family to follow at the Powder River County Community Center.