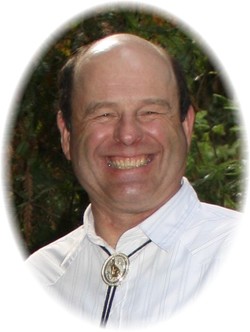 Matt was born December 13, 1949 in Seattle, Washington and grew up on Bainbridge Island. In 1968 Matt went to Argentina as a foreign exchange student. The following year he graduated from Bainbridge High School and then went on to study at Olympic Community College and Western Washington University.

Matt loved working with his hands and sampled many occupations but it was his passions that impacted his life.

His first passion was his love for the outdoors. With the Boy Scouts and his family, he hiked for miles, camped under the stars, fished alpine lakes and streams, paddled miles in canoes and saddled up for days on horseback. Traveling abroad he discovered Argentina’s Andes and the “pampas”, its large central plains. These places and adventures planted a seed in him that grew into a passion for open spaces, and vistas where you can see forever.

Matt also loved hunting and shooting. As an active member of the Bainbridge Island Sportmen’s Club, he was known as an excellent marksman and trap shooter. He applied these skills in a phase of his life that was yet to come. Varmints, especially coyotes, came to fear his presence!

Matt’s love for the open prairie and hunting took him to Billings, Montana in 1997. There a new passion was about to enter his life.

He began taking country dance lessons there and met Kate, the woman who would become his wife and life partner. It took them a while to figure it out. They thought they were just friends and dancing partners. However, their mutual friends knew otherwise and saw the impending match long before Matt or Kate did. They were married in Billings, Montana on May 4, 2000.

Matt and Kate moved to Miles City in 2006. His job there allowed him to drive and see much of the prairie he loved. Matt was known by his customers as that really nice tall man with gracious manners and a gentle smile.

He will be remembered for his love of broad vistas and dancing, a giving heart, and his bottomless strength.

Matt is survived by his wife Kate, his daughter Naomi Hubert of Seattle, his brothers Robert Russell and wife Jill of Bainbridge Island, and David Russell, and wife Lisa of Seattle. He is also survived by his nieces, Janna and Jannell Russell of Bainbridge Island. Kate’s son Sean Shearer and wife Ashly of Chico, California, daughter Heather Becerra and husband Mago and grandchildren Jasmin and Tomas of Pine Bluffs, Wyoming were also an important part of Matt’s life. Best friends Stu Turner and Pat Sinclair will miss their hunting partner.

A celebration of his life is planned for August in Miles City, Montana, as well as a Bainbridge Island gathering TBD. Stevenson & Sons Funeral Home of Miles City is in charge of the arrangements. Condolences may be sent to the family by visiting: www.stevensonandsons.com.

Memorial contributions may be made to a food bank of your choice, your local 4H chapter or the Montana Wildlife Federation.