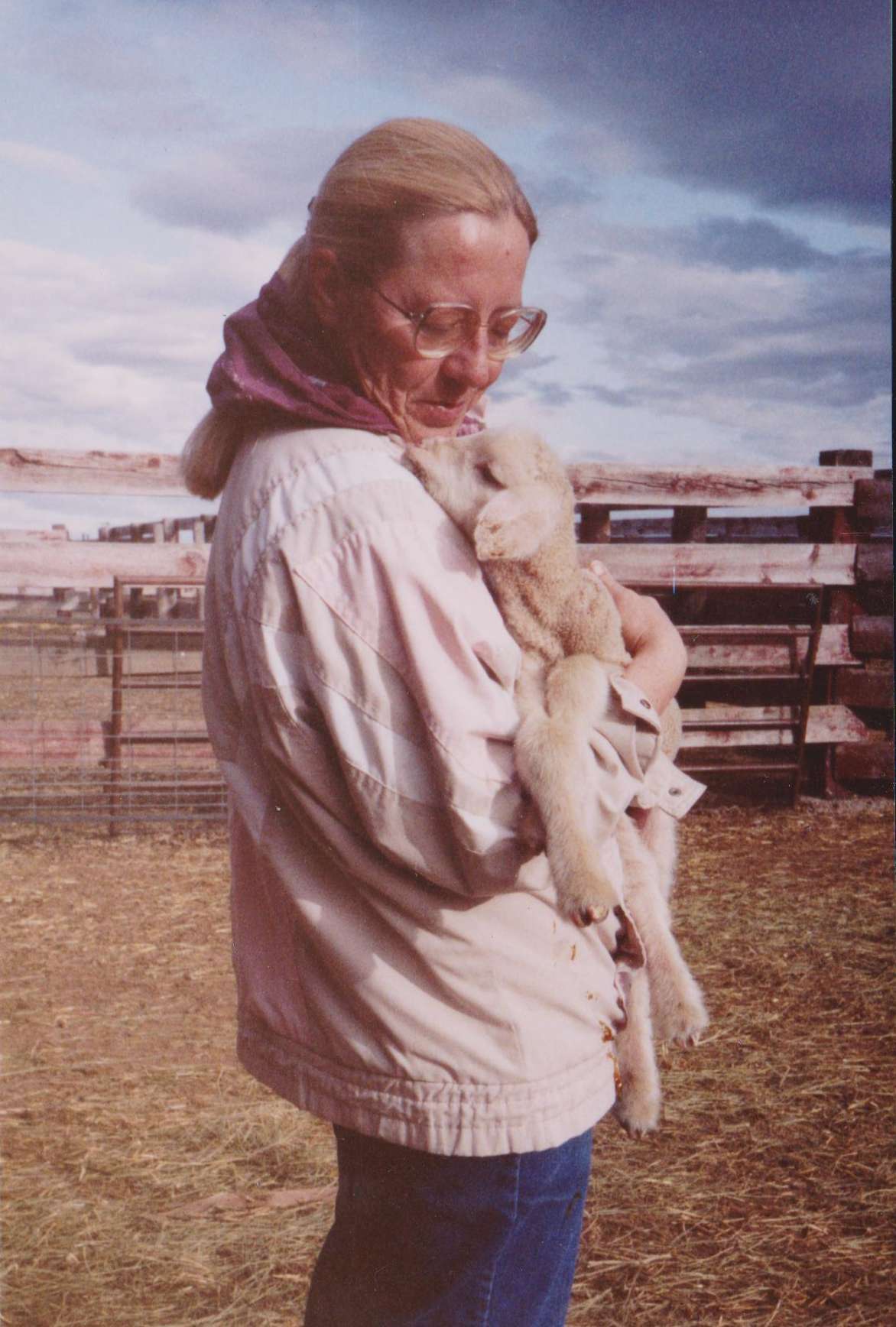 Peggy Lynn (Breen) Glasscock (Age 69) passed away peacefully on February 14, 2017, at Billings Clinic in Billings, Montana.  Peggy was born on March 16, 1947, to Charles James Breen and Wynona Zehm Breen of Mildred, Montana.  Peggy was born at the Good Samaritan Hospital in Terry, Montana.  Even though she was born premature, she quickly joined her parents to live at the Old Stanley Place where her father was working for the Jake Shumaker Ranch.  She was the first grandchild of Henry and Alice Zehm . Peggy was joined by her brother Pat in 1950 and her sister Dorothy in 1953.  Charlie, Nona and the three kids moved to the ranch that Peggy’s grandparents and great grandparents had homesteaded in 1910, where sister, Deb was born in 1961.

Peggy attended elementary and high school at Goodview School, Mildred, Terry and Mt. Ellis.  During these years she was a member of the Mildred Busy Bees, 4-H Club, where she raised and showed animals, sewed clothing and modeled in the dress review and many other projects.  She helped on the family ranch, gathered and helped brand the livestock, fed all the animals, summer fallowed and drove truck during harvest.   While attending Miles City Community College she worked at the Public Library in Miles City and graduated as the valedictorian of her class.  Peggy continued her education at Eastern Montana College in Billings, where she received her education and library degrees.   She was also valedictorian of her class at Eastern.

Peggy began her teaching career in Broadus, MT, where she taught high school English and served as the sponsor for several student organizations.  After two years she returned to her roots to become the third generation to teach in the one room school house at the Whitney Creek School in Custer County from 1972 to 1974.  She followed her grandmother, Alice Hildreth Zehm and her mother, Wynona Zehm Breen.  Peggy completed her teaching career in the English and Library departments at the High School at Roundup, MT, working full time through 1982 and then continued to substitute.  During the time Peggy lived and worked in Roundup (‘73-‘78) she secured her EMT certification and worked on the ambulance out of Roundup.

Peggy and Don Glasscock met while Peggy was teaching at Whitney Creek.  They married on August 12, 1978, at the Zehm home in Terry, Montana.  Don and Peggy began their life together on the ranch near Roundup where they raised cattle, sheep, and farmed.  She waited impatiently for the arrival of spring, her baby lambs and flowers.  Peggy loved the outdoors, which manifested into a beautiful yard and garden.  Peggy and Don enjoyed their annual car trips to Texas always stopping along the way and visiting Don’s family and Peggy’s sister, Deb, when they arrived.  Peggy loved San Antonio and the Texas coast.

Don and Peggy moved to the ranch near Lavina, Montana in 1987.  It was in Lavina, where Peggy’s yard and garden increased significantly due to a greenhouse.   Among her many hobbies were painting and knitting.  Friends and family were blessed when they received a piece that Peggy painted or a scarf.  Her biggest passion was to read, never was she at a loss for a book from the library or Barnes & Nobel.  Learning about something meant reading every book on the subject to Peggy.   She gladly shared her books with family members and friends.    She would entertain her nieces and nephews on the ranch and they would spend hours walking the hills and playing with the animals.

In 2008, Peggy and Don moved to Billings from the ranch while their house in Cody, Wyoming was being built.  They were able to move into their home in Cody in 2009.  Peggy lived there with Don until her death.

When Peggy moved to Cody, she immediately became involved in the community, going to swim, joining the NewComers Club, BSF (Bible Study),  and she supported the Buffalo Bill Museum.  She loved going uptown in Cody with their dog Molly (who has passed) and later Misty and walking in and out of the shops.  Whenever they got a chance, Peg and Don would drive up the Northfork and into the Park.  They loved seeing the leaves change in the Fall and the flowers in the Spring.  Peg continued to have her beautiful yard in Cody.  She continued her artistic endeavors and assisted in decorating the Trail Town Cabins in Cody for Christmas in 2015. Of course, it was beautifully done.  She also supported the Rocky Mountain Cocker Rescue, the Cocker Rescue of Austin-San Antonio, the Park County Animal Shelter and the Rimrock Humane Society.

Peggy continued her interest and involvement in ranching and farming until her death.  She could always tell you what the markets were doing and how many cows and calves Pat was running on the Breen ranch.  She traveled to Mildred and Terry several times a year to visit her parents and brother Pat.  She always stopped at Dale’s (Prairie Unique) and Glenda’s to stock up on their new things.  She loved Eastern Montana.

Peggy’s children were her animals (Molly and Misty most recently) and her nieces, nephews and cousins. She was the only one who would calm Amy Ban when she was a baby.  She loved getting emails from Jason Ban telling her about his latest project at work or at home.  She loved seeing Bobby and Melissa at the ranch with their Grampa and Gramma. Although Jess and Haley were far away, she made sure they learned about and loved Montana.

The following is a wonderful tribute written for Peggy by one of her nieces:

Jesus is waiting for her today and he already has a place picked out.  There is probably an Olive Garden—for sure.  And Molly is probably there.  She is going to see Papa Charlie and Grandma today.  And Molly too.

It was Peggy’s wish that her family and friends celebrate her life so there will be no funeral services.  Memorials and tributes to Peggy may be made to either  Rocky Mountain Cocker Rescue, Box 482, Parker, Colorado  80134 or Cocker Spaniel Rescue of Austin and San Antonio, Box 27453, Austin, Texas  78755.