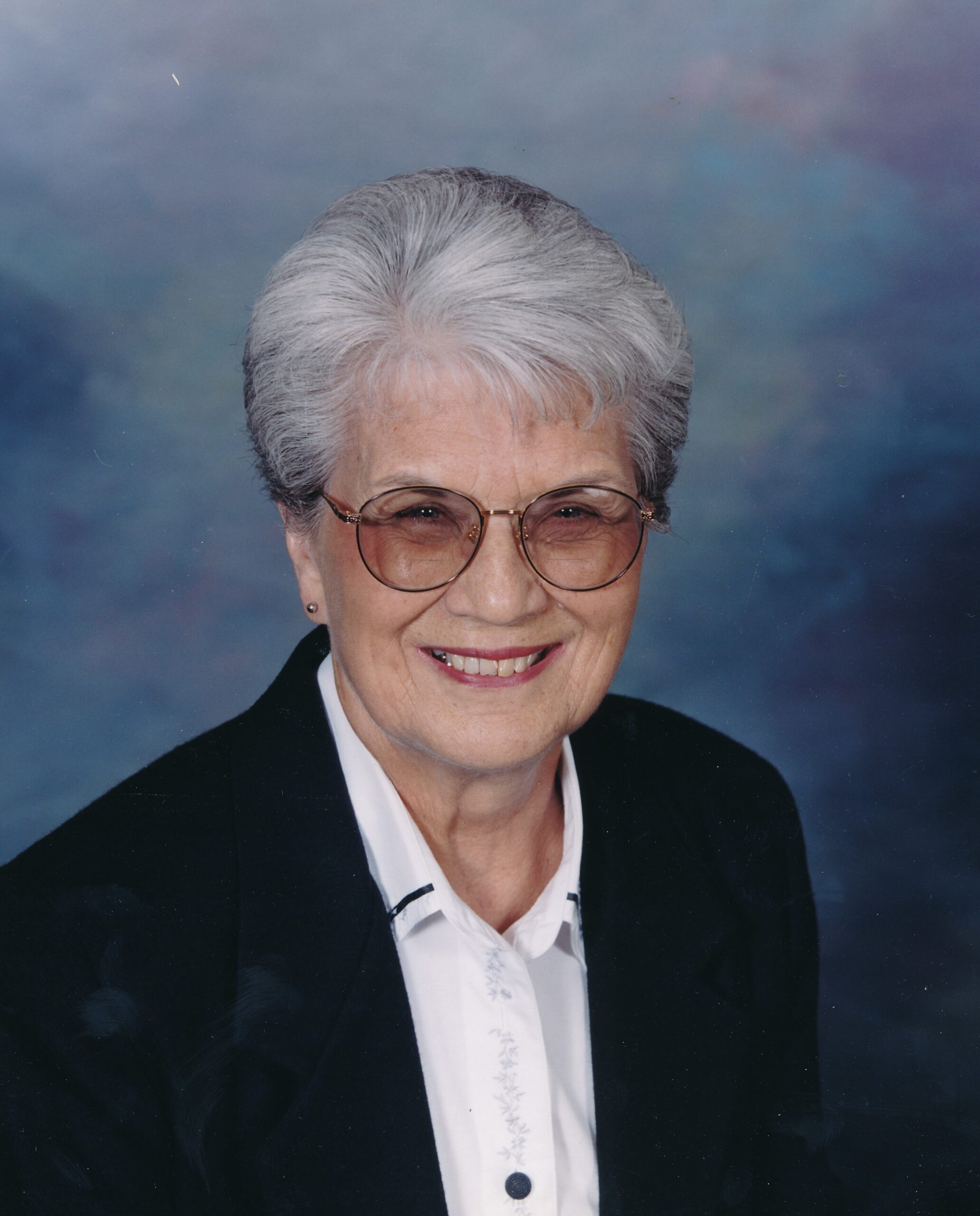 Joy Neumann was the middle child of Glenn and Marjorie Heinan Peabody, born August 26, 1928, in a log house just south of the Ekalaka Hills.

Joy was three years old when her mother died in 1932, leaving three small children, ages one, three and five. Their grandmother assisted in their care until she died in 1933. Her dad remarried in 1934, separating after four years, when Joy was nine years old. From that time, she and her siblings took care of themselves for the most part while their dad worked away from home for WPA, building dams and roads with a team of horses and a Fresno. Her dad used to say, “his kids weren’t raised, they just grew up.”

They were a musical family, their dad playing many instruments, providing music for country dances where kids learned to dance with adults. Her sister also played piano, guitar and harmonica while she and Joy spent hours singing songs they learned from the old phonograph records. Their dad would have them entertain guests.

Joy and her siblings attended the Pershing, Cline and Peabody schools through eighth grade. During her 13th year she left home to work for the Tennant Ranch in South Dakota, leaving once for her freshman year of high school in Ekalaka. At age 17 she joined the class of 1948 at Carter County High School, beginning as a sophomore after Thanksgiving.

Her first job after graduating was at the State Auditor’s Office in Helena as a result of state tests offered in high school. She then moved to Miles City where she worked at First National Bank. During this time, she met a nice handsome guy, Harold Neumann, whom she married and became the father of their children. Joy was a stay-at-home mom until 1967 when she received a call from Sister Marie Celeste offering her a job in the business office at Holy Rosary Hospital. In 1969 Harold joined her at the hospital, working in the Engineering Department, where they both worked for the Presentation Sisters until retirement, enjoying leisure time together until Harold passed away in 1997.

She spent 15 enjoyable years volunteering at St. Vincent De Paul where she also served as secretary of their Board of Directors.

From her modest beginning as a child in their Little House on the Prairie in the 1930’s, she felt her most rewarding accomplishment in life was her family, of whom she was most proud of.

She was preceded in death by her parents, husband, infant son Timothy, brother Jack Peabody and sister Dorothy Trenk.

Suggested memorials would be welcome to Custer County Food Bank or of one’s choice.

A Celebration of Life will be held at a later date. She will be laid to rest next to her husband, with a portion of her ashes being distributed in the Ekalaka Hills where she and her siblings roamed as children.