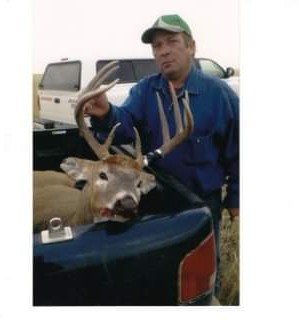 After a long illness, on the evening October 6, 2019, Richard passed away peacefully at home with his family.

Richard was born to Richard and Vera Seteren in Miles City, Montana on May 7,1970. He attended Terry Public Schools and graduated in 1988.He played football, baseball and wrestled until he finished school.  On graduation day his father loaded him up in his pickup and went to Wyoming thus starting his 30-year career on the pipeline. He came back in the fall and attended one year of college in Wahpeton, North Dakota at NDSCS for mechanics. He then returned to the pipeline working for many different pipeline contractors in many different states. He started as a laborer then a mechanic and finally became an operator. He believed to be a good hand you had to work from the ground up and earn the right to be called a tractor driver. He was very proud to be a member of The International Union of Operating Engineers Local 800.He was well liked and respected on the pipeline and enjoyed teaching the up and coming tractor drivers. He was always willing to share his knowledge from the front end to the back end no matter which crew.  In traveling he made many friends on the pipeline which became like a family to him and met so many local people in West Virginia that became good friends that he called it his second home. He said when he retired that’s where he wanted to live.

When he wasn’t working, he enjoyed hunting, fishing, fixing his vehicles and spent many weekends with his Uncle Grant going to auctions and they came home with many treasures, as that is what they called them.  When it was time to go back to work, he was ready and although he was ill for several years he refused to give up and continued to work until June,2019.

Richard is survived by his mother Vera Seteren, sister Andrea Bybee, brother Tryston Seteren, niece, Amanda Pehl, nephew, Tate Pehl (Sara his wife) and 2 great nephews: Tucker and Sawyer Pehl numerous aunts, uncles and cousins, his brothers on the pipeline, Keith Farrar and Johnny Ho. A special thank you to Chip and Laura and all the staff at Prairie Community Hospital District for your patience and care over the past several years.

At Rick’s request there will not be a funeral service at this time.  We will celebrate his life with a gathering in the spring. Condolences may be made to the family by visiting:  www.stevensonandsons.com. Prayers and condolences may be sent to Vera Seteren, P.O. Box 655, Terry MT 59349.

Please feel free to share a memory, story or photos of Rick on his Facebook page for all of us to remember and enjoy.