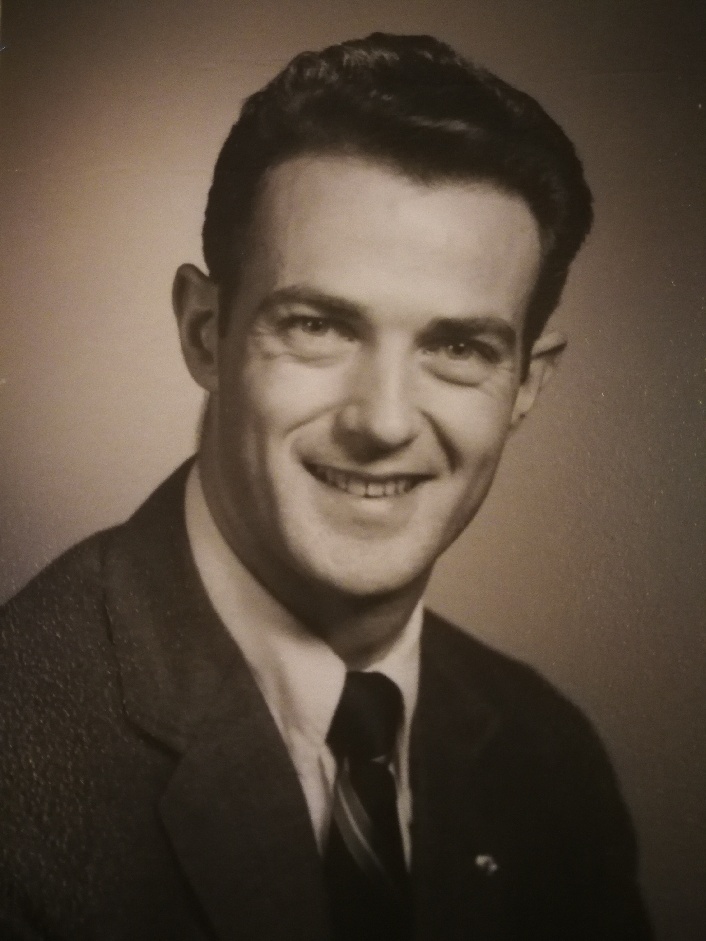 Richard (Dick) Joseph Grammer was born on November 09, 1939 in Harrisburg, IL to Gus and Pearl Grammer.  He passed away in the CLC (Community Living Center) of the Veteran’s Hospital in Marion, IL. On Friday, April 17, 2020.  His passing has left a void in the lives of his family.

Dick worked from the time he was a young boy, delivering newspapers, mowing lawns, working in the orchards picking apples and peaches. He always believed that something worth doing was worth doing well.  He wore many hats during his lifetime, the longest being the Jake’s Tire Cap where he sold tires and did automotive repairs.  In the late nineties though, he decided he wanted to drive over the road.  So, he went to school at John A. Logan College and became an OTR truck driver.  Dick enjoyed the challenge of something new.  He never met a stranger that he could not engage in a conversation.  He was definitely a people person.  He had a strong work ethic and he instilled that into his children.

Dick joined the Air Force in 1961 and was stationed at Malstrom Air Force Base in Great Falls, MT.  It was there he met his wife to be, Joan Lee of Terry, MT.  They were married and had two children, Becky Sue and Richard Scot.  When he was discharged from the service, they moved back to Illinois and settled in Carbondale.  As of April 1st of this year, they had been married 56 years.

Dick loved his children and supported them in all their activities throughout their school years and after.  He was so proud of their accomplishments.  When they needed a coach for summer softball, he was there.  He coached flag football on weekends when his son was young.  If there was a spot needed filling, he stepped up.  If it involved his children, he was there.  When the grandchildren came, he couldn’t have been more proud.  He loved them with all is heart.

His family is spread from New Hampshire to New Mexico to California and into Washington and Montana.  He always loved his trips to Terry every summer.  He formed a strong relationships with his in-laws, Bert and Evelyn and brother and sister-in-law, Don and Dorcas.  He also formed friendships with many people in Terry.  He was down to earth, straight talking, and do anything for you type of person.

Preceding him in death were his parents, in-laws, sister and brother in-law, two nephews, grandparents, and many aunts, uncles, and cousins.

The family is so grateful to the doctors, nurses, and the staff at the CLC. They were kind, caring, and treated him with dignity and respect.  During the time Joan was unable to visit him because of the lockdown due to the virus, the staff always made sure she knew how he was doing.  Joan was able to be with him during his last few hours and his passing was very peaceful for which she was grateful.

Dick loved being a Shriner and helping families in need.  He was also a very patriotic veteran. So, if anyone desires memorials can be made to the Shriners Hospitals for Children, donate.lovetotherescue.org or 2900 Rocky Point Dr., Tampa, Florida 33607 (Memo: Memory of Richard Grammer, Ainad Temple, IL) , the Prairie County Hospital Auxiliary, 312 S. Adams Avenue, Terry, MT, or to any veteran’s organization of your choice.

It was both Joan and Dick’s wish that they be buried in Terry.  So, a graveside service will be held on Saturday, September 19, 2020 at 11:00 a.m. at Prairie County Cemetery in Terry, Montana. Luncheon to follow at 605 Garfield, Terry, MT.: All are invited.

Condolences may be sent to the family by visiting:  www.stevensonandsons.com.