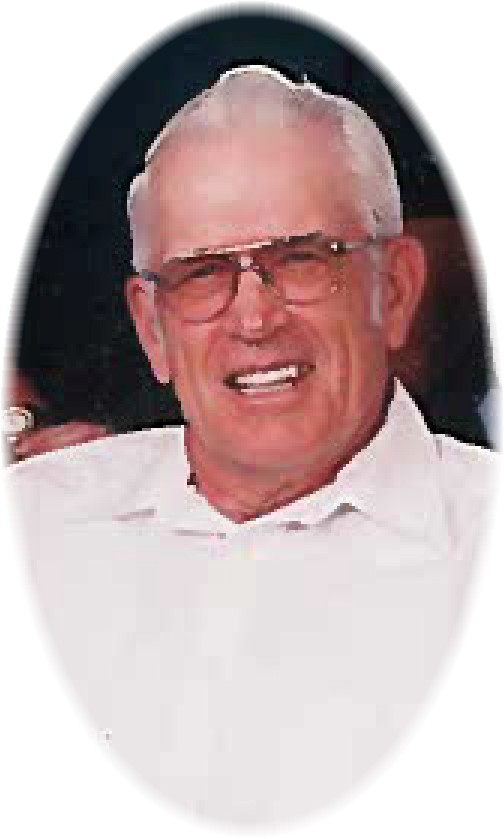 A long life well lived.  People can certainly say that about the life of Robert Lyle Hecht, age 97.  It is with great sadness that we report the passing of this great man. He possessed traits admirable to the people whose lives he touched.  He was the kindest, humblest, and hardest working man anyone would ever meet.  Even into his elder years, his sense of humor and widespread love remained instilled in him.  His life journey wasn’t always easy, but he managed to make it great.

Bob passed away January 15, 2021 of natural causes in Forsyth, Montana.  He was born on August 16, 1923, in Washburn, North Dakota to Sadie (Chestworth) and Ernest Frederick Hecht. He had two sisters, Betty Weber and Beverly Glover. His dads job brought the family to Miles City when Bob was five years old.   In the fifth grade, he started working for his uncle Sparky in a Miles City electrical shop rewinding motors. Bob graduated from Custer County High School in 1942 and at that time he had worked enough hours to be classified as an electrical journeyman, however the state of Montana would not recognize this due to his age as a union electrician. So, after he graduated, he went to Cody, Wyoming and worked on the Heart Mountain War internment camps. He stayed there for a year and then he relocated to the Seattle area to be near his sister Beverly who was attending nursing school at the request of his mother, who didn’t want her daughter to be in the city by herself. While in Seattle Bob worked wiring the piers for the war ships. He worked there until 1943 at which time he enlisted in the Air Force and was trained as a crew chief.  After his Honorable Discharge from the military, he returned to Miles City for a short time before moving to Forsyth. In Forsyth, he was part owner of Weber’s Electric.  After his time at Weber’s Electric, his electrical career took him between Colstrip and Vananda driving between the two mines daily making sure that they were able to start their operations on time and repeat the same process at the end of the day.  At the age of 46, Bob went to work for Peabody Coal until his retirement at the age of 71. After that he started Bob’s Electric and worked around Rosebud County until he was 90 years old. Bob moved to Colstrip in 1978 and approximately 10 years ago, he moved to Miles City.

Bob held a Montana electrical license until July 2018. His master license number was 150.  He was a member of the Masons for 50 years, the Elks Club, Forsyth City Council and donated his time and materials to the Rosebud County Fair from 1947 through 2010. Bob also served on the Forsyth Public School Board for 17 years, giving diplomas to all five of his children, which was an important milestone and accomplishment for him as he valued a good education. Bob was married to Dolores Catherine (Helm) Hecht for 33 years and they had five children, Robert, (Mary), Catherine (Butch), Donald (Michelle) Ronald (Jeanne), and Lynnae (Jim).  Family was very important in his life and his legacy lives on through his 5 children, 15 grandchildren: Shawna, Micah, Tarun, Navaneeta, Kanyon, Brandel, Courtney, Morgan, Banner, Sunni, Chelsea, Shelby, Kramer, Jennifer and Christopher. and 8 great grandchildren.

At this time there are no services planned. If you would like to make a donation in Bobs name, please send them to the Rosebud County Search and Rescue (201 North 8th Ave. Forsyth, MT 59327), an organization that Bob highly respected for all they do.

Stevenson and Sons Funeral Home have been entrusted with the arrangements. To leave condolences for the family, visit our website at www.stevensonandsons.com.