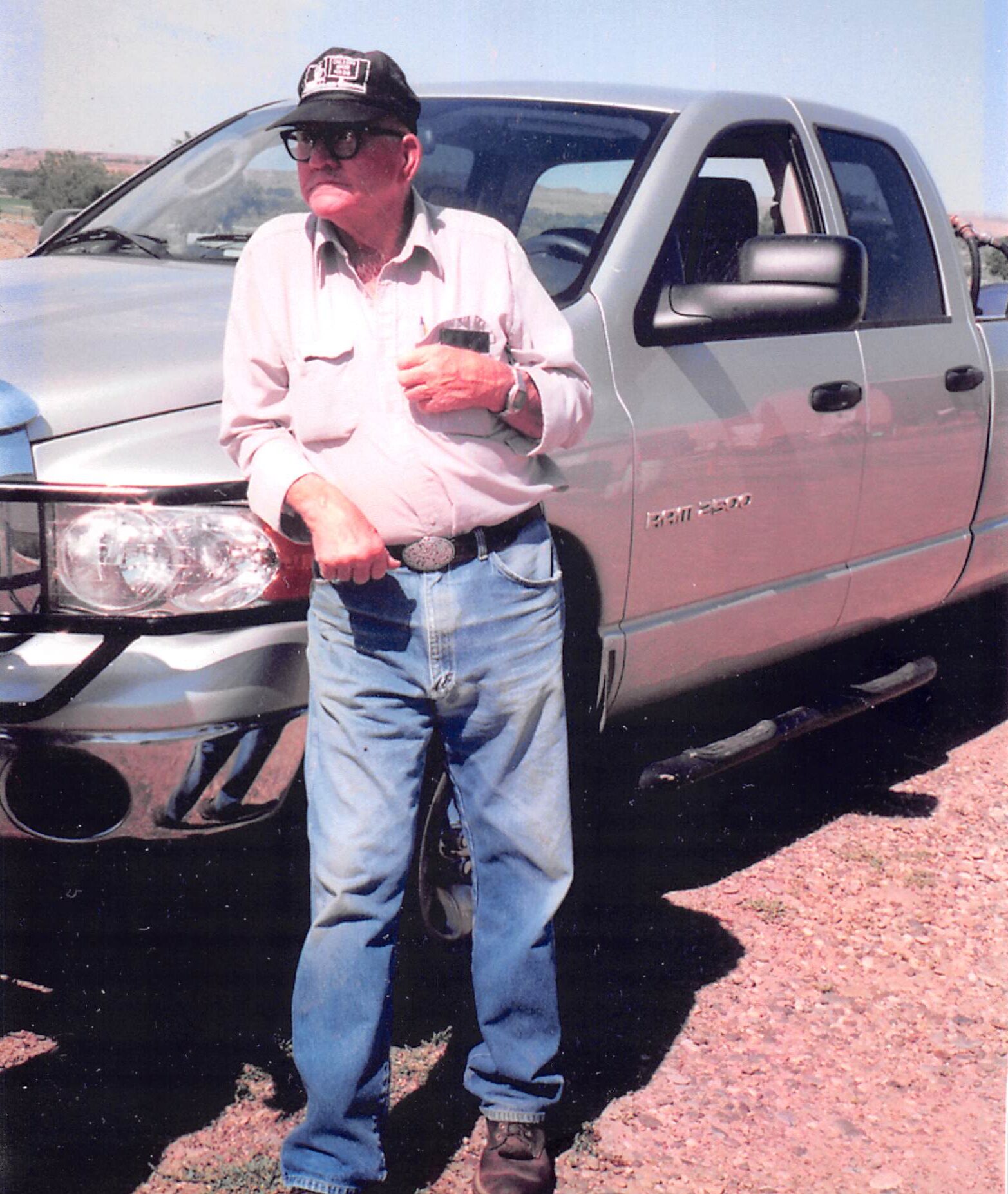 Bill Bolton is no longer upright! He wanted us all to know he lived a good life.

William T. Bolton was born in Westmore, MT on February 2, 1937. He was known as Junior or Jr. to many of his close friends and family that had grown up with him.

Bill grew up in tough, but fun times in the Westmore and Ismay area. Many stories have been heard about Bill, siblings, and friends from that area and time.

As he got older, he worked for various ranchers and farmers in the Ismay area. He then enlisted in the Army and served overseas. When Bill was done with active duty, he returned to Miles City where he started working in the area and began his career as a telephone lineman with Bell Telephone.

At this time Bill met Connie and they married in September of 1959. This union lasted for over 60 years until Connie’s passing in January of 2021.

Bill was the last of a breed of pole lineman. As utility lines began being buried, he wrecked out and buried many of the same lines he had put up or maintained.
Bill retired from Bell after 34 years. He then went to work for contractors doing the work he enjoyed. Bill was recruited by Nemont Telephone Cooperative out of Glasgow for his experience and knowledge. His time with Nemont led to many new friendships. He finished out his career with them. He always had a passion for hunting and fishing and continued this into retirement.

Bill would ask one thing from us all and that is to show generosity to each other. He will be missed.

In lieu of flowers, the family asks that donations be made in William’s name to  Erin’s Hope Project- 2215 Edgewood St. Miles City, MT 59301.

Services will take place at a later date.