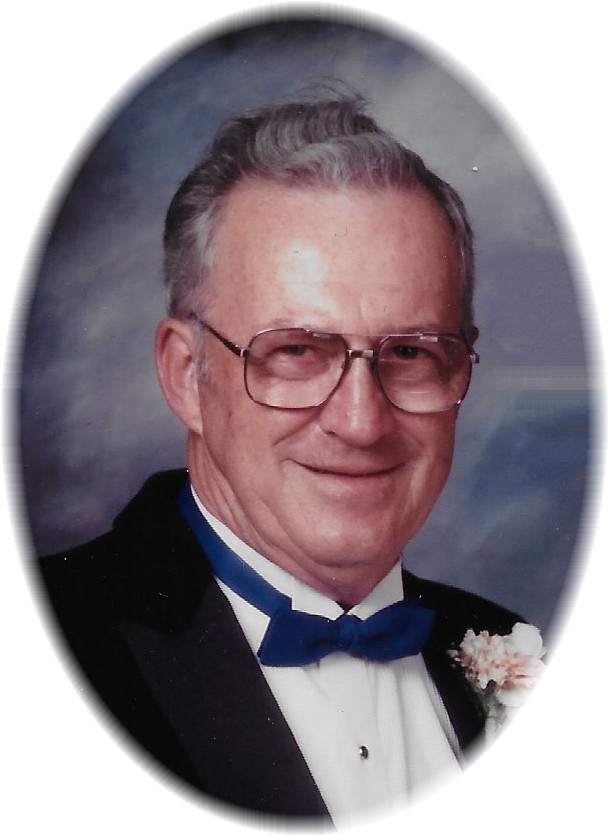 Willis was born on July 27th, 1927 in Wimbledon, North Dakota.  He was the youngest child of Fredrick and Anna (Carroll) Etter.  As a youngster, Willis attended rural school with his older sisters MaryAnn and Mildred for the first six grades.  He then attended the parochial school of St. Catherine’s in Valley City, ND.  Willis went on to minor seminary school in Onamia, Minnesota.  Upon completing minor seminary, he started his higher education at St. John’s University in St. Cloud, Minnesota where he majored in philosophy with minors in music, English, and Latin.  Willis was ordained in the Roman Catholic priesthood on April 26th, 1952 in Fargo, ND.  He served in that capacity for the Diocese of Fargo for 18 years.

Willis had a talent for music, even at a young age.  He would often entertain guests at the family home by standing on a soap box and singing various songs.  Willis had a beautiful voice, and sang at various functions and celebrations.  When Willis resigned from the priesthood, he started a new adventure as a music teacher, where he taught at Tappen, Bowden, Michigan, and North Dakota.

On February 10th, 1971, Willis married Donna Mack and became the stepfather of her four children:  Vickie, Steven, Paulette and Dean.  He and Donna then went on to have two more children together, DeAnna and Tylene.

Willis and Donna moved their family to Hysham, MT in 1974.  Willis managed Farmer’s Union for three years, and then worked as a bookkeeper for 18 years for Hysham Community Elevator.  During this time, Willis also drove the school bus for bus routes and activities.  He ran for Treasure County Justice of the Peace in 1987, and served that position respectfully for 24 years.  He and his wife Donna would also mow lawns for St. Joseph’s Catholic Church as well as for a few residential yards in Hysham.

Willis will always be known for his impeccable integrity, honor, and humility.  He was devoted to the Almighty God and His Son, Jesus Christ.  He was a member of St. Joseph’s Catholic Church and the Lions Club in Hysham, MT.

Cremation has taken place, and a memorial service has been planned for a later date in the summer.  Stevenson and Sons of Forsyth, MT is entrusted with arrangements.