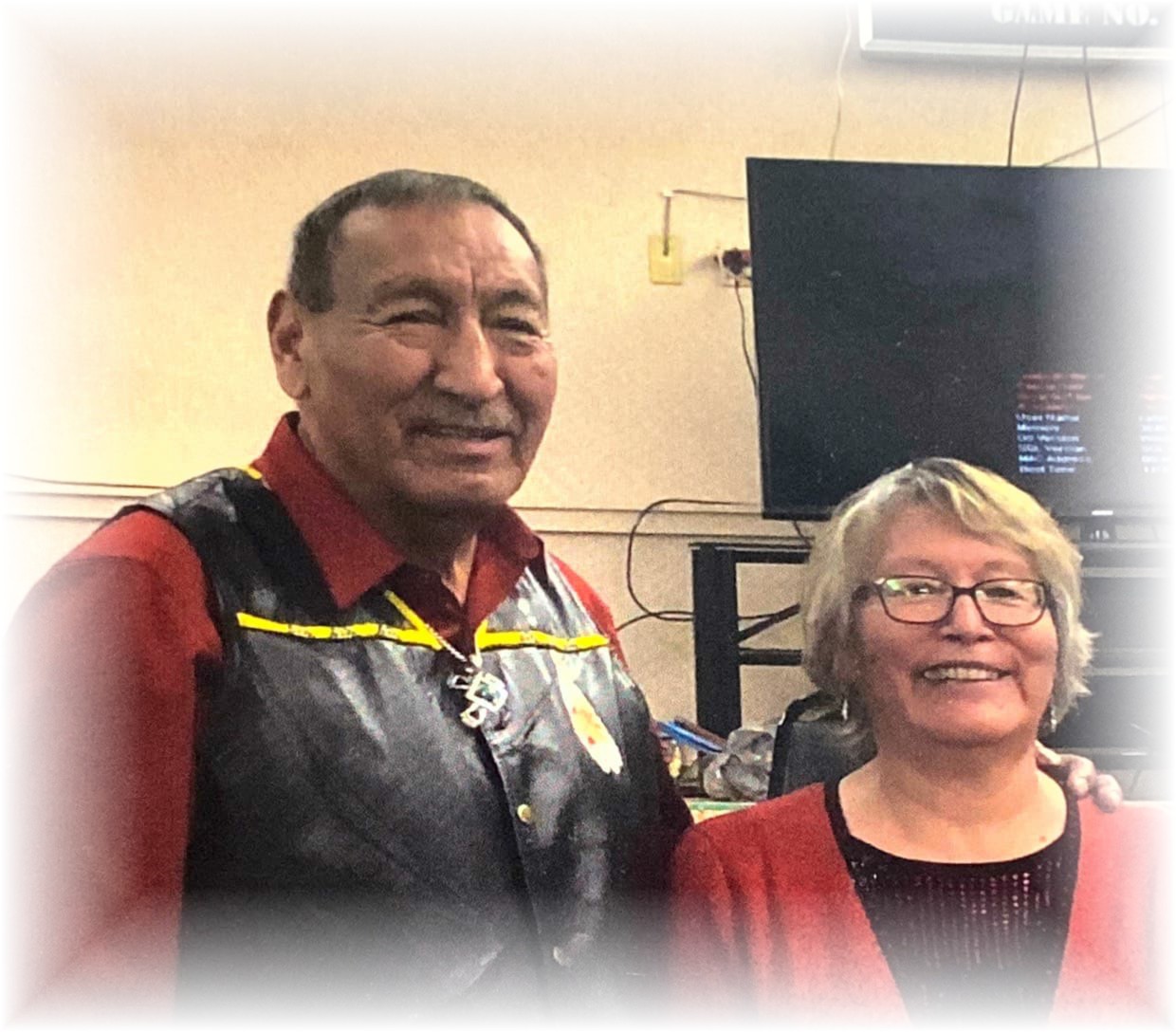 Winfield Russell, Ve’kesȯh no’kaestse (One Bird), a Vietnam veteran and Corporal in the U.S. Marines, was called home by his supreme commander, Ma’heo.  He was a modern-day warrior following in the footsteps of the forefathers in protecting our great nation and the Northern Cheyenne Tribe.  After his service to our country, Winfield served in many capacities from being a police officer for the Northern Cheyenne Tribe and Bureau of Indian Affairs, to a criminal investigator as well as serving as a Vice-President of the Northern Cheyenne tribe for two terms.  In the inauguration of January 2019, the oath was done in the Cheyenne language by Richard LittleBear along with LDHS Cheyenne-speaking students.  Growing up in a traditional family environment, Winfield sincerely believed in the ways of the Cheyenne people.  Winfield was very adamant about maintaining Cheyenne cultural practices, song, dance and language.  Any type of public presentations Winfield would start by speaking in his native language and making sure the elders and traditionalists were recognized.

As a veteran of war, Winfield was very active in promoting veterans and their activities.  Winfield was a former commander of the Vietnam Era Veterans Association, Morning Star Chapter.  One of his favorite commemorations of veterans was his support for the recently established National Veteran Cemetery in Laurel, Montana, where he will be buried.  As a youth he faced many of the same difficulties and after his post military service he dealt with alcoholism but overcame the disease.  He also knew the challenges that faced many of our tribal members including those that were in prisons and other correctional facilities.  He visited MT correctional facilities and coordinated sweat ceremonies and prayer sessions, accompanied by Frank LongJaw and Calvin Brady.

He attended high school at St. Labre, played on the State Championship basketball team in 1967, and graduated in 1968.  Later, he attended United Tribes Technical College as well as an intense Criminal Investigation training in Glenco, GA.

He became a traditional war dancer and travelled the country making friends anew. He rekindled many of our tribal ways including the Omaha War dance society.  His wisdom, leadership, cultural practices were attributes of a modern-day warrior.  As a veteran of war and a person who had experience in many facets of life including cultural practices Winfield was seen as one of the traditional leaders and respected by all.  He paved his path the way he wanted, not always through words, but by action and success.  His ancestors would have been proud of him.  Annually, he coordinated the Morning Star Ride to the Little Big Horn Battlefield.

Beyond his career and dedication to veterans, Winfield was a loving grandfather.  He supported education for our youth and served as a member of the Board of Trustees of Chief Dull Knife College for 12+ years.  He also served on the Fort Robinson Breakout Committee, where he was instrumental in establishing a memorial.

We would like to thank Larna Old Elk, PHN Nurse for her assistance, and his son Kenyon Russell for providing care to Winfield in his last days.